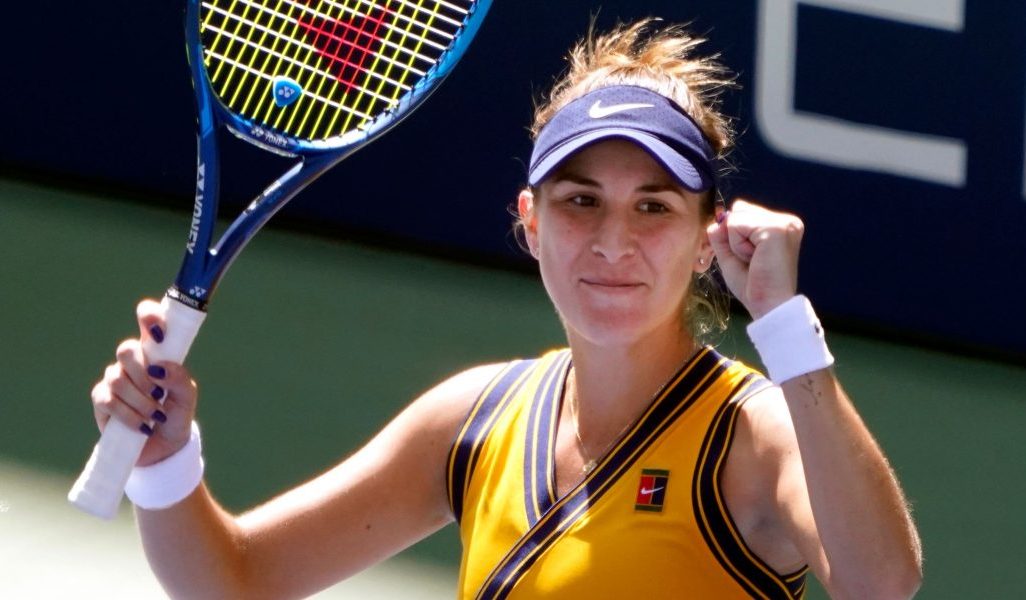 Tenth seed Belinda Bencic notched her first career win over Paula Badosa to return to the Charleston Open semifinals for the first time since her debut in 2014.

Badosa had beaten Bencic three times in the last year after they met for the first time at last year’s Charleston Open.

“It was a big fight,” Switzerland’s Bencic said afterward. “I’m just going to try to recover. But I’m happy with the way I played, with the way I fought, and I’m happy to get another match here.”

The match saw Bencic earn her 25th win over a Top 10 player on the WTA Tour.

Bencic reflected on her loss in North Carolina as a 17-year-old, saying it was heartbreaking at the time.

“When I lost that semifinal, I was so heartbroken,” said Bencic. “I thought that’s going to be my only chance, this was it and this was maybe my only semifinal.

“My team and other people, they were telling me, ‘No, this is just the start. You will play more semifinals and more tournaments.’ So I feel like this completely kicked off my career.”

Alexandrova cruised past Magda Linette 6-0, 6-2 in just 62 minutes in their quarterfinal matchup.

Bencic and Alexandrova are neck and neck after four meetings and the latter expects another tough encounter in Charleston.

The last time the pair met Bencic needed a third-set tiebreak to win on the grass courts of Berlin last season.

“It’s always tough to play against [Bencic] because she can play just unbelievable,” Alexandrova said, looking ahead to the semifinals.

“I remember like every time I played against her, it was always tough … So I think tomorrow it’s going to be the same.”

Meanwhile Ons Jabeur progressed to the Charleston Open semifinals for the second straight season with a 6-3, 6-2 win over Ukraine’s Anhelina Kalinina.

Putting on a SHOW in Charleston

“A great match, I really enjoyed being there today,” Jabeur said afterward. “I was trying to be aggressive and take the few shots before her, and playing the game that I like to play, slicing and mixing up the shots. Pretty happy with my performance, and hope I can keep playing like that.”

The Tunisian will face America’s last hope of a home win Amanda Anisimova in the semifinals.

“It was super fun playing tonight,” Anisimova said, after the match. “I love night matches, so I was really enjoying it out there today.”