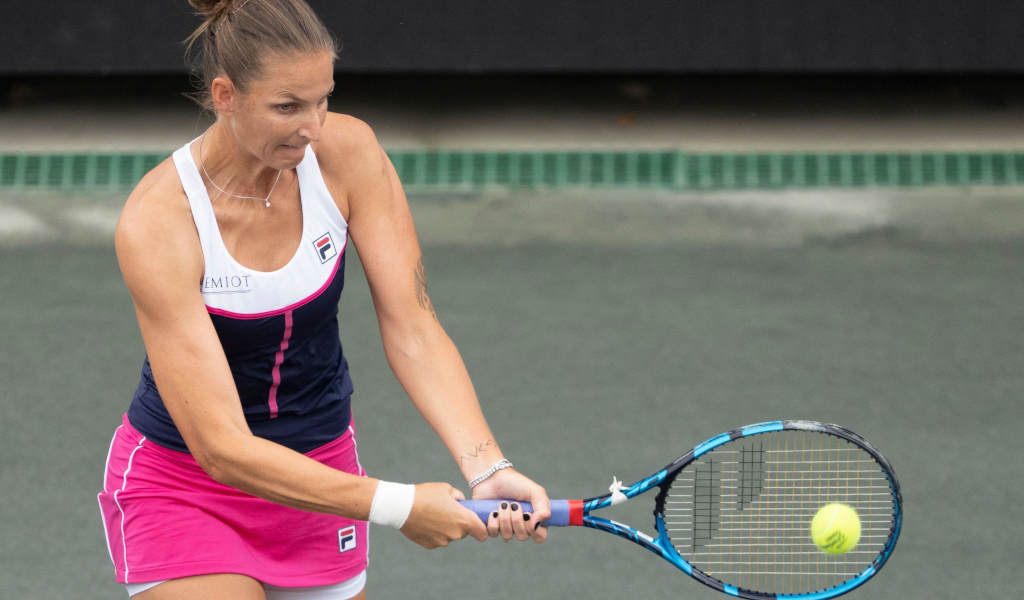 Former World No 1 Karolina Pliskova was made to work hard but finally notched her first win of the 2022 season in the Charleston Open Round of 32.

Pliskova required a full 2 hours and 48 minutes across two days of play, to fend off a dogged challenge from Ukraine’s Katarina Zavatska and take the match 5-7, 7-5, 6-4.

While her form hasn’t been great Pliskova also missed the first two months of the season after injuring her right hand in practice before the Australian swing of the WTA Tour.

Zavatska came desperately close to extending Pliskova’s agony after taking the first set of their match.

After a rain delay which forced the players to come back out on Wednesday, Zavatska claimed a crucial break in the second set and would serve for the match at 5-4.

However, Pliskova seemed to be sparked into life by this and rallied to save the match and take the second set.

Pliskova and Zavatka traded breaks as the third set continued to be a ding-dong affair.

The Czech eventually claimed the upper hand at 5-4 up in the decisive set as she earned the fifth break of the stanza and clinched progress to the Round of 16.

Meanwhile in other action in Charleston on Wednesday Madison Keys eased past Norwegian qualifier Ulrikke Eikeri 6-3, 6-1.

Keys wasn’t thrown off by an hour-long rain break and took just 68 minutes of play to put the youngster away.

“I was just happy I was first on and was able to get my match finished,” said Keys.

“Started a little bit nervous, but I think I played into the match pretty well and felt pretty comfortable out there. Just happy I had a kind of straightforward win today.”

Compatriot Jessica Pegula would also join Keys in the next round after completing a swift win of her own over Italy’s Jasmine Paolini 6-2, 6-1 in a just over an hour.

The Miami Open semi-finalist will face fellow American CoCo Vandeweghe in the Round of 16 in Charleston after the 30-year-old battled past Lauren Davis.