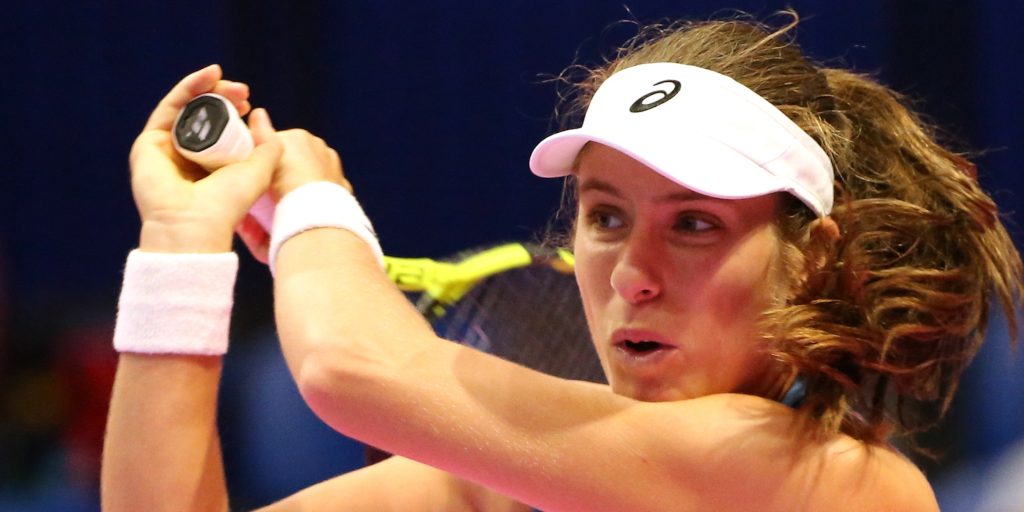 Johanna Konta’s dreadful year has continued after she was beaten by Julia Goerges in the first round of the China Open.

Fifth-seed Petra Kvitova is also out after being dismantled 6-2 6-1 by Australia’s Daria Gavrilova.

There was more joy for Jelena Ostapenko, though, as she overcame Magdalena Rybarikova 6-4 7-6.