Coco Gauff: After roller-coaster 2019 campaign, 2020 will be all about improvement 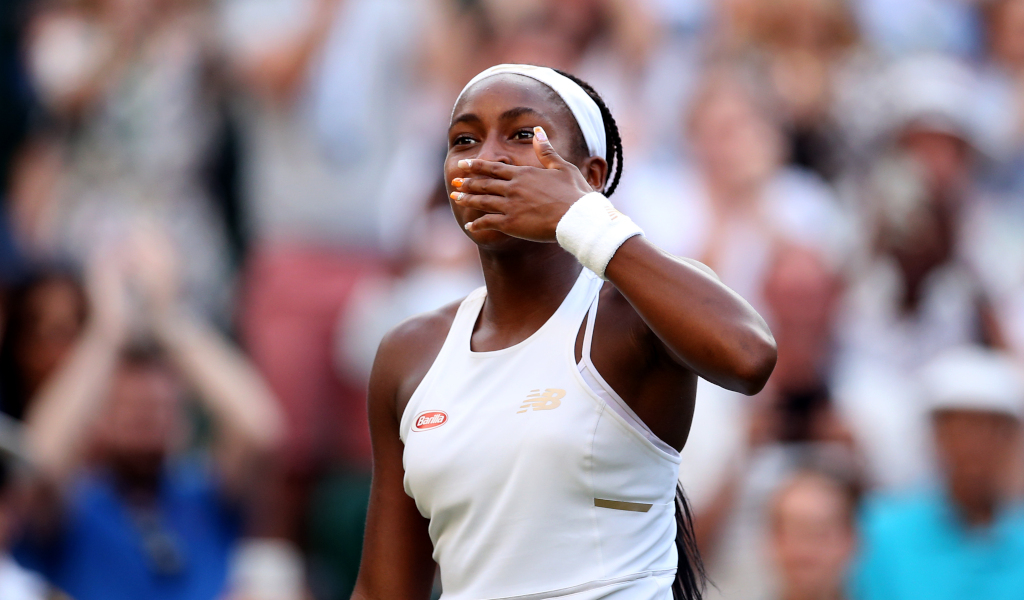 The 2019 season was a “roller coaster” for Coco Gauff and she is determined to take several more major strides forward next year, but don’t expect her to be too bothered about rankings.

Long tipped as one of the stars of the future, the American made the world sit up and take note when she became the youngest qualifier to reach Wimbledon at the age of 15 years and 122 days.

“It was a roller coaster that didn’t really come down,” she told the official WTA website. “Now it’s coming down cause of the offseason. It was a great year for me.

“Looking back, it’s surprising, but at that moment I don’t go on the court thinking I’m going to lose – it’s not the right mentality to have. I expected and wanted to win.”

Her magical run at Wimbledon saw her beat former world No 1 Venus Williams in the first round and she made it to last 16 before going down against Simona Halep.

“I didn’t really expect it, but I believed I could win,” she said. “That match was the only match that I had a different goal – I just wanted to see what I could do – but other matches, my goal was to come out winning. When you’re playing Venus, it’s a bit different and that match gave me a lot of confidence.”

She has already signed up for the Auckland Open at the start of 2020 before she tackles the Australian Open.

Gauff, who finished 2019 as the world No 68, just wants to improve her game next year.

“This year, I set a lot of goals number wise, which put a lot of pressure on me. Next year, I’m going to set goals improvement wise, not set a ranking goal or a tournament goal. Just improving,” she said.

“I’m playing Auckland and the Australian Open. After that, I don’t really know. We have an idea, but with the tournament limit, things could change last minute. I’ve got one more tournament before I turn 16. Most likely it would be Indian Wells, but it could change depending on how I do.”