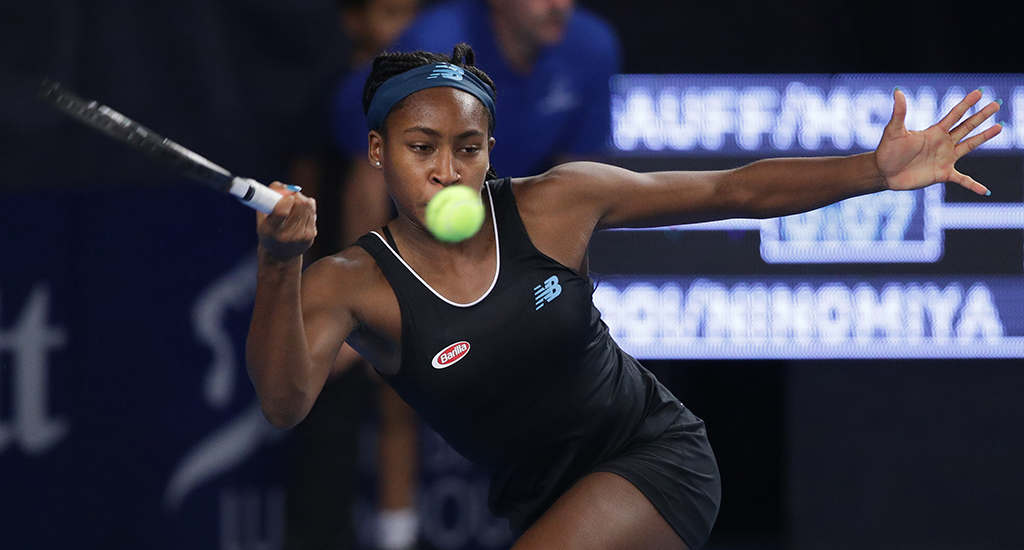 Coco Gauff returned back to earth with a bump in Luxembourg as she sank to a pretty dismal first round straight-sets exit.

The 15-year-old became the youngest WTA Tour event winner since 2004 last week in Linz, which she won after entering as a lucky loser.

But her exertions caught up with her as she was brushed aside 6-4 6-0 in less than an hour by world number 66 Anna Blinkova.

The Russian made three unforced errors and restricted Gauff to just eight points in the second set as she swept into the second round.

At the Kremlin Cup in Moscow, third seed Belinda Bencic required all her fighting spirit to reach the quarter-finals with a win over Polona Hercog.

Bencic overcame a nightmare opening set then also trailed 3-0 in the decider before emerging with a 1-6 6-3 6-4 victory.