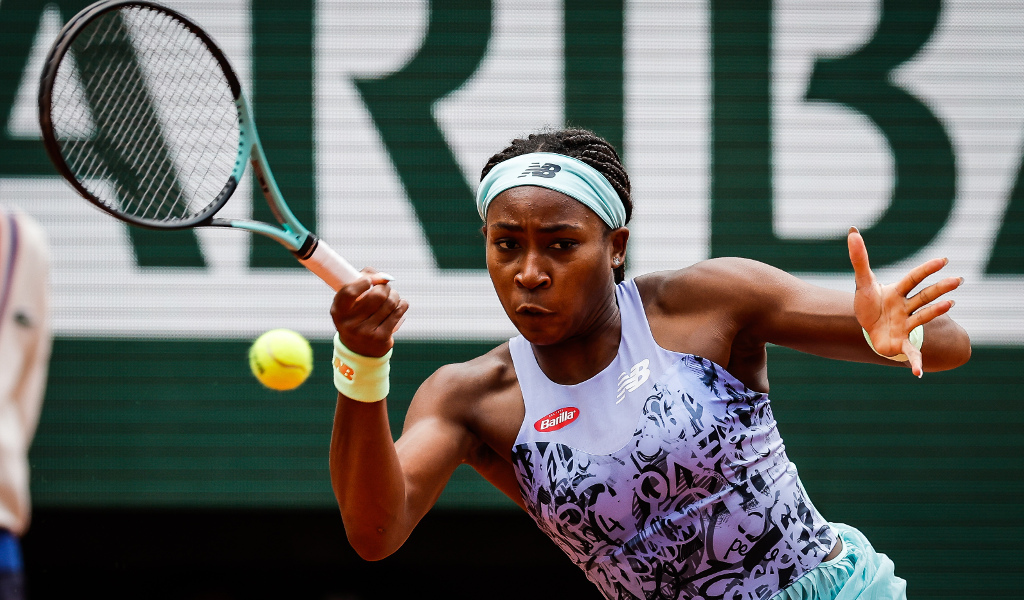 Coco Gauff cruised to a 6-0, 6-3 Round of 16 win over Martina Trevisan at the Guadalajara Open on Thursday to reach her third quarterfinal of a WTA 1000 event this year.

The win comes after Gauff clinched her place in the WTA Tour finals in Fort Worth with a victory to open her tilt.

Gauff claimed the first nine games of the match against Trevisan as they ran back their semifinal at Roland Garros, which was also won by Gauff in straight sets.

She raced out to an early lead but it might have been a different match were it not for a crucial hold of serve in the first set at 2-0.

In that third game of the match, Trevisan led 0-40, and had four break points in total, before Gauff held her serve and then went on a tear.

The American teenager went on to save the first seven break points she faced, and though she was eventually broken on the eighth, she denied Trevisan any sustained momentum throughout their second meeting.

There would be time for Gauff to break again, for a fifth time in the match, before she served out the victory in 61 minutes after saving another break point.

“I’m definitely happy with how I played today,” Gauff said afterwards. “Martina’s a great player, she’s had a good season, so she’s never easy to face. The serve, and my forehand, set up a lot of short balls for me today.”

Gauff is 0-2 in quarterfinals at WTA 1000 events this year, going down to Iga Swiatek in Doha and Simona Halep in Montreal.

It might be a good omen for her that those players are not entered this week, with Swiatek already qualified for the WTA Tour Finals and Halep convalescing from an operation.

Gauff had become the youngest player since Maria Sharapova to qualify for the WTA Finals in singles when she defeated Elisabetta Cocciaretto 7-6 (1) 6-3 to reach the third round of the Guadalajara Open.

“It means a lot. Honestly I didn’t think about it until I realised how close I was and I think I went maybe a little bit nervous in the end but I’m super excited to be playing in the WTA Finals, especially in the USA, and qualifying in singles and doubles is definitely a good achievement.

“I didn’t expect that when I set my goals at the beginning of the year. I’m really happy and I hope I can do a good performance there.”

Gauff face either Victoria Azarenka or compatriot Madison Keys for a spot in her second career WTA 1000 semifinal.