Coco Gauff opens up about depression: ‘I was thinking about taking a year off. I was just lost’ 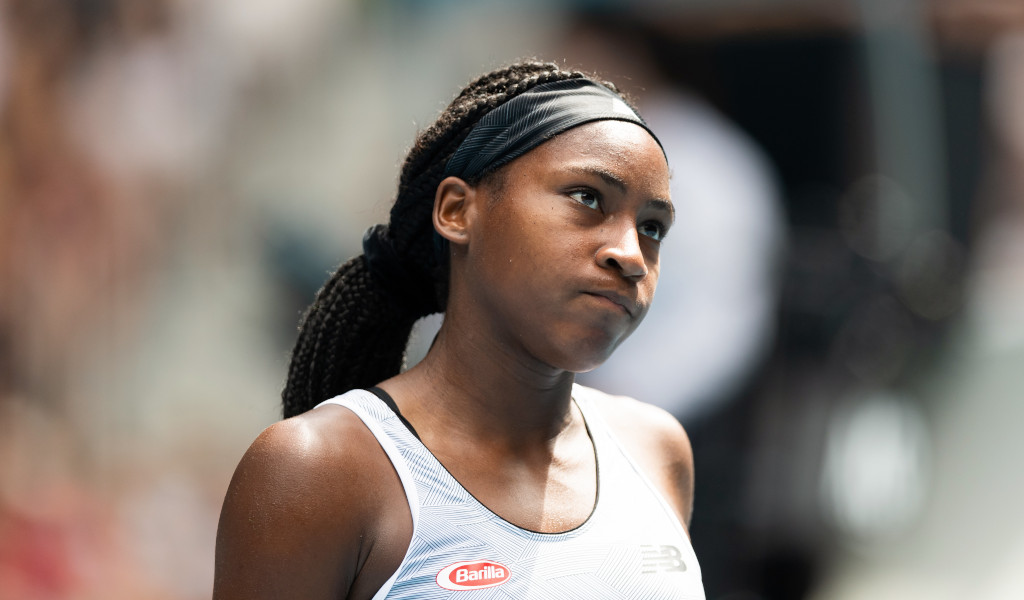 She had been tipped as a star of the future from a very young age, but Coco Gauff admits that the hype and pressure made her “really depressed” a few years ago.

Gauff, who turned 16 in March, enjoyed a breakthrough year in 2019 as at the age of 15 years and 121 days she became the youngest player to reach the main draw at Wimbledon.

She stunned former champion and former world No 1 Venus Williams in the first round at SW19 and went on to reach the fourth round.

The American also became the first 15 year old to break into the WTA Rankings top 50 in 15 years, but in a piece for Behind the Racquet she revealed that she struggled mentally a few years ago because she couldn’t do “normal” things.

“At times I found myself too busy comparing myself to others. Most of my friends go to normal high school. I felt like they always seemed so happy being ‘normal’. For a while I thought I wanted that but then I realized that just like social media everyone isn’t as happy as what you see in their posts.

“It took me about a year to get over that idea. Again, my results were still okay, so this didn’t have much to do with tennis. I just wasn’t happy playing anyway. My parents did a great job of trying to make sure I did ‘normal’ childhood things.”

Gauff finished runner-up to fellow American Amanda Anisimova in the Junior US Open finals in 2017 and the following year she won the Junior French Open, but the early success soon started to take its toll.

She continued: “Throughout my life, I was always the youngest to do things, which added hype that I didn’t want. It added this pressure that I needed to do well fast.

“Once I let that all go, that when I started to have the results I wanted. Right before Wimbledon, going back to around 2017/18, I was struggling to figure out if this was really what I wanted. I always had the results so that wasn’t the issue, I just found myself not enjoying what I loved.

“I realized I needed to start playing for myself and not other people. For about a year I was really depressed. That was the toughest year for me so far. Even though I had, it felt like there weren’t many friends there for me. When you are in that dark mindset you don’t look on the bright side of things too often, which is the hardest part. I don’t think it had much to do with tennis, maybe just about juggling it all.

“I knew that I wanted to play tennis but didn’t know how I wanted to go about it. It went so far that I was thinking about possibly taking a year off to just focus on life. Choosing not to obviously was the right choice but I was close to not going in that direction. I was just lost. I was confused and overthinking if this was what I wanted or what others did.

“It took many moments sitting, thinking and crying. I came out of it stronger and knowing myself better than ever. Everyone asks me how I stay calm on court and I think it’s because I accepted who I am after overcoming low points in my life. Now, when I’m on court, I am just really thankful to be out there.”

Gauff, who won her maiden title at the age of 15 at the Linz Open in October 2019, often gets compared to Serena and Venus Williams and, although she still sees them as her idols, she doesn’t feel it is right.

“For me, one of the biggest things is to continue breaking barriers. At the same time I don’t like being compared to Serena or Venus,” she added.

“First, I am not at their level yet. I always feel like it’s not fair to the Williams sisters to be compared to someone who is just coming up. It just doesn’t feel right yet, I still look at them as my idols.

“With all their accolades I shouldn’t be put in the same group yet. Of course I hope to get to where they are but they are the two women that set the pathway for myself, which is why I can never be them.”