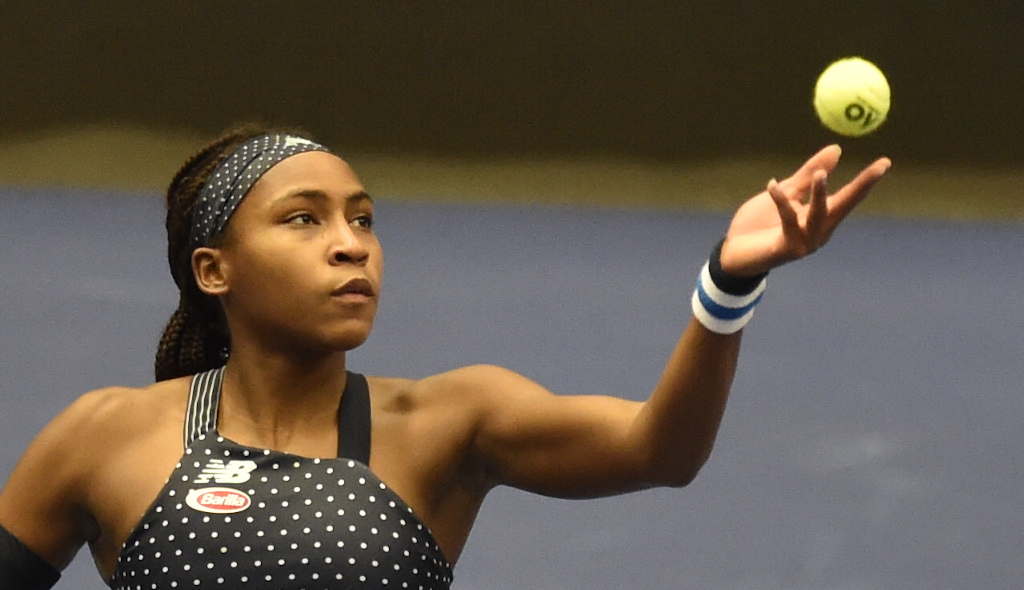 It took her a while to get going in her Ostrava Open first-round match with the empty indoor stadium making things “kind of awkward”, but Coco Gauff eventually got over the line in straight sets.

After coming through qualifying to reach the main draw in the Czech Republic WTA Premier tournament, the 16-year-old got off to a nightmare start against Katerina Siniakova as she was broken to love in the first game.

The match started with four consecutive breaks of serve before things settled down, but there was another flurry of breaks late in the opening set with Gauff breaking twice to take a one-set lead.

Things were a lot more straightforward for the teenager in the second set with the single break coming in game 10.

“It wasn’t my best and it wasn’t my worst,” American Gauff said after the match. “I would say it was more like, around lower-middle. I didn’t start off the best, I mean I got broken at love in the first game.

“But I just kept fighting and I stayed in there. I didn’t get to hit on Center Court before my match, so [at the beginning] I was just getting used to it.”

As for playing without crowds, Gauff admits it took her a while to adapt as playing in an indoor stadium is different to outdoor stadiums.

“It’s different because she doesn’t have the crowd support that she’s probably used to when playing at her home tournament,” she said. “You definitely need to cheer yourself on more, pump yourself up more than normally.

“It really takes me back to Juniors, when we didn’t have any big crowds or anything. But for me it’s more weird to play in an empty stadium than in an empty outside court… it’s kind of awkward.”

Next up is third seed Aryna Sabalenka, who had a bye into the second round.

Meanwhile, Russian qualifier Daria Kasatkina caused the biggest upset of the day as she beat sixth seed Elena Rybakina 6-2, 3-6, 6-3 to set up a clash against US Open semi-finalist Jennifer Brady.