Comment: Naomi Osaka is clearly struggling, but she’s certainly no flash in the pan

Tennis fans are not used to seeing Naomi Osaka bothered by anything at all, but she’s struggling right now and she’s perfectly entitled to that, writes Michael Graham.

Those who follow just Grand Slam tennis may be forgiven that everything comes unerringly easily to Naomi Osaka.

The Japanese star has won the last two WTA majors and, in all honestly, won them well. Since August last year, twice she has been tested over two weeks of intense competition against the best in the world and twice she has been undefeated.

Equally impressive, or perhaps even more so given Serena Williams’ disruptive sideshow in the US Open final, has been the manner in which Osaka has won those two titles.

Her temperament has appeared bullet-proof, her outward demeanour icy-cold to the point of infallibility. In terms of mentality, no one has been able to land a punch on her when it has really mattered.

Osaka has climbed to world number one on the back of those two Grand Slam successes, and fairly so, but it is clear that all isn’t well. 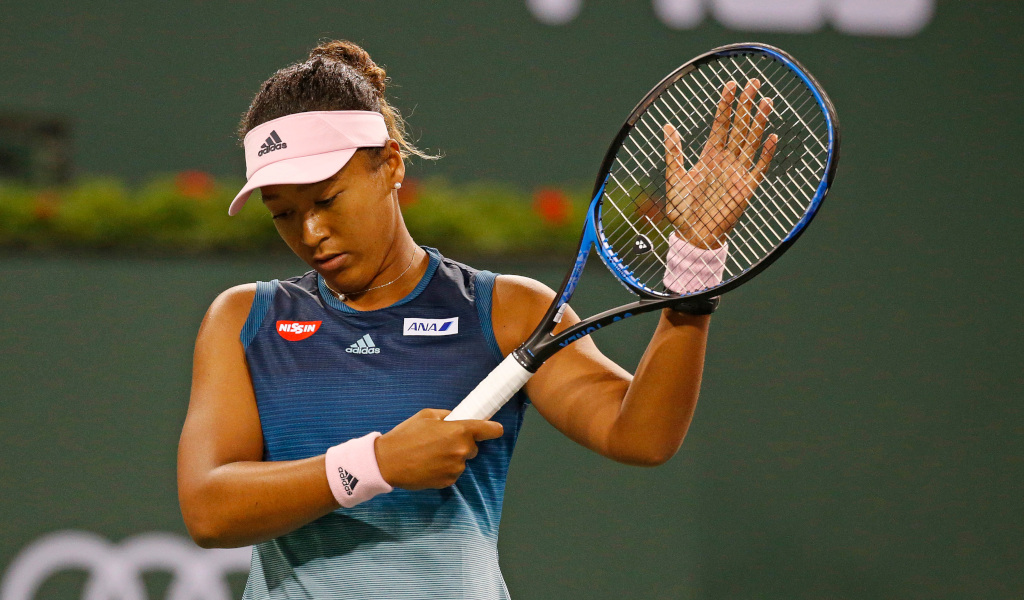 Since Australia, she has lost to Kristina Mladenovic in her first match in Dubai, Belinda Bencic in the Indian Wells quarter-finals, and Su-Wei Hsieh in the third round of Miami.

It is perfectly respectable to lose to those players, of course. They are all fine players. However, a world number one would surely expect a little more consistency. It’s not always an upset when a world number one loses, but a pattern of defeats to players outside of the top 20, well outside of it in Mladenovic’s case, is a red flag that not everything is as it should be.

Indeed, off the court, there are new pressures and questions. Osaka split from her coach after the Australian Open – the coach who helped guide her to those two successive Grand Slam titles, and no one really knows why.

There were rumours it was about money, but Osaka has denied that in the strongest of terms: “Everyone thinks it was a money-related issue, but it wasn’t. For me, that’s one of the most hurtful things I’ve ever heard.”

Then she has also been forced to hire a high-profile New York lawyer to defend her in a lawsuit from another former coach, this time very much relating to money he believes he is still owed.

None of this needs to necessarily suggest anything sinister, but what they certainly do appear to be are serious distractions.

The joy of watching Osaka when she initially broke through by winning Indian Wells last year, all the way through her double Grand Slam success, was the almost carefree innocence that she projected.

Osaka, even in the toughest of moments on court, always gave the impression of being someone happily smacking a tennis ball around with care-free glee.

Of course, that was before her ascent to world number one, and the pressures that brings. Osaka initially insisted she was protected from such pressure and, in fact, if anything they will bring the best from her – as all new incumbents of the position do in truth.

That hasn’t been the case, though. Her greater profile, and greater success, has seen online bullying and abuse of her soar. Courageously, she has dealt with it head-on in the media, and she deserves infinite credit for doing so.

However, what it also demonstrated in heart-breaking clarity was that it was all getting a bit too much for her.

“I don’t think I necessarily understand what position I’m in in a way,” she said through tears.

Osaka is not the first player to climb the mountain and then find the air at the summit a little too toxic for their liking. It’s clear she is struggling to cope with that right now.

If we have learned anything about Osaka, though, it’s that she’s as tough as they come. He struggles are testament to the severity of the pressures she is facing, not reflective of any weakness within her.

Even after her disappointing Sunshine Double, she will hang onto the top spot in the world rankings, and it’d take a brave punter to bet against her making it three in a row by the time Roland Garros rolls around.