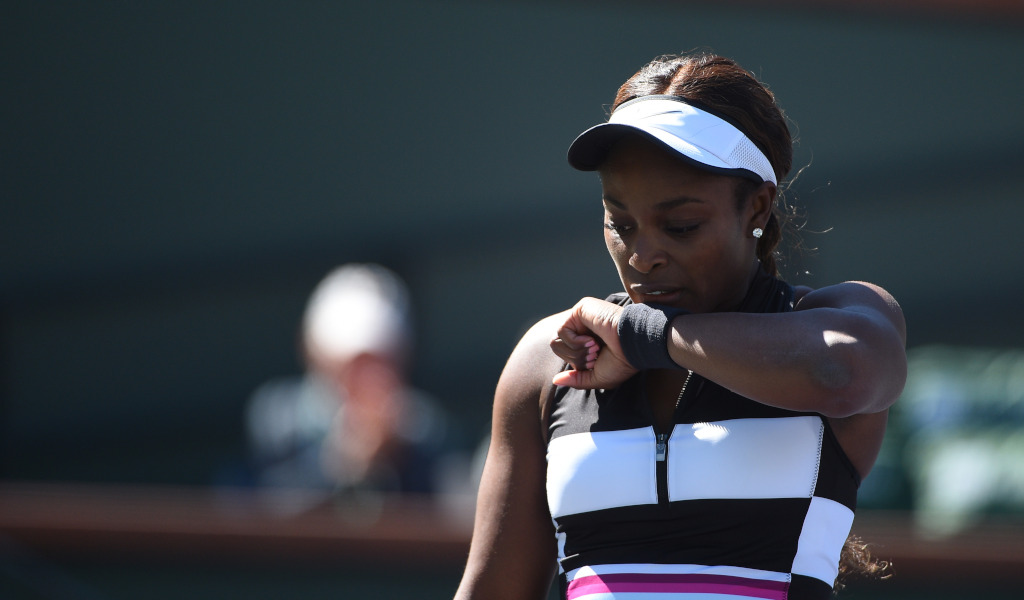 Sloane Stephens’ Miami Open title defence came to an abrupt halt in the last 16 as she was dumped out by Tatjana Maria, but Simona Halep kept her “double” hopes alive.

German Maria bamboozled world No 6 Stephens as she claimed a fairly comfortable 6-3, 6-2 win over the American, which was only her third win over a top 10 player.

“I could not be happier right now,” Maria, who mixed up her game with slices, lobs and chips, said. “I think I played at home, because I live here. It was helping me a lot. My family, everybody’s here, my friends and I think it helps.

“My game is pretty special, so I knew that tonight I had a chance. I played two times against Sloane, so I knew what to expect.”

With reigning world No 1 Naomi Osaka losing in the third round, Halep can regain top spot in the rankings if she wins the title.

However, Venus Williams stands in her way as she will face the seven-time Grand Slam winner next.

Williams beat Russian 14th seed Kasatkina 6-3, 6-1 in what was certainly an interesting match in terms of serves.

Kasatkina failed to hold her serve during the match as the four games she won all came on Williams’ serve.

“I didn’t realise that [she broke serve in every game] until after the match looking at the stats. I’ve never had a match before like that in my life. There’s always a time for a first,” Williams said.

“I’m returning really well. If I’m getting a look at the serve, it’s going well for me. I want to return that well tomorrow, too.”