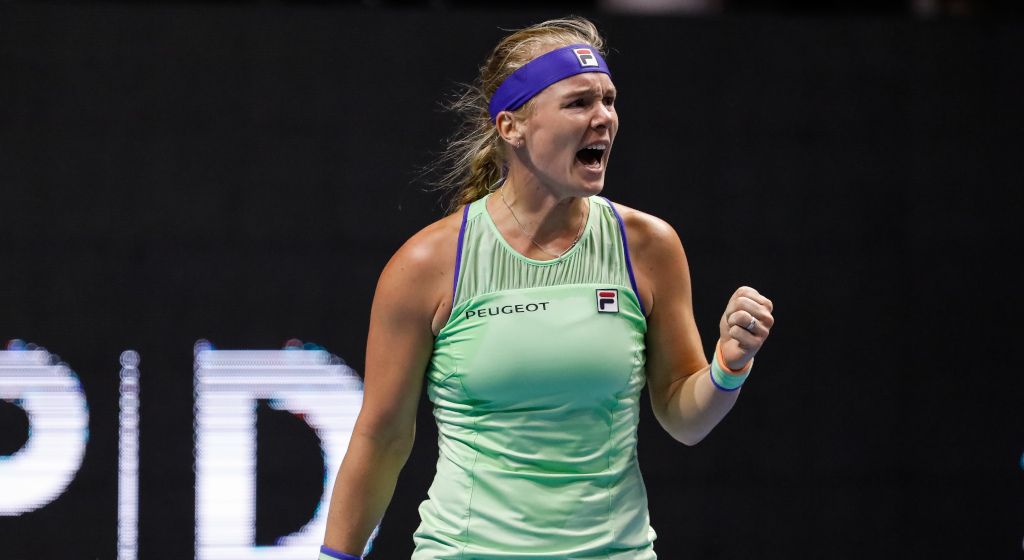 Kiki Bertens is one win away from successfully defending her St Petersburg Ladies’ Trophy title after overcoming Ekaterina Alexandrova in the semi-final.

The second seed breezed through the first set against the Russian, but then dropped the second set before storming to victory, winning 6-1, 4-6, 6-1 in one hour and 41 minutes.

After breaking three times in the first set, Bertens was pegged back in the second as Alexandrova broke twice to level things up.

However, the world No 8 found her mojo again in the decider as she raced into a 5-0 lead with two early breaks.

She will face Elena Rybakina from Kazkhstan in Sunday’s final after the eighth seed came from a set down to beat the sixth-seeded Maria Sakkari 3-6, 7-5, 6-1.

First into the final 😀

“I’m really happy to start the season like this. I had a great preseason so I feel good physically, and I’m looking forward to tomorrow’s match,” Rybakina said after reaching her fifth WTA Tour final.

“I played against her six months ago on grass. It was tough, it was close. I will watch some of the match again, but it was a different surface, but I will talk to my coach and try to do my best. It’s such a big event and I really want to win, so I will try to do my best.”