Doha winner Aryna Sabalenka: ‘I lost my dad in the pre-season. I’m doing this for him’ 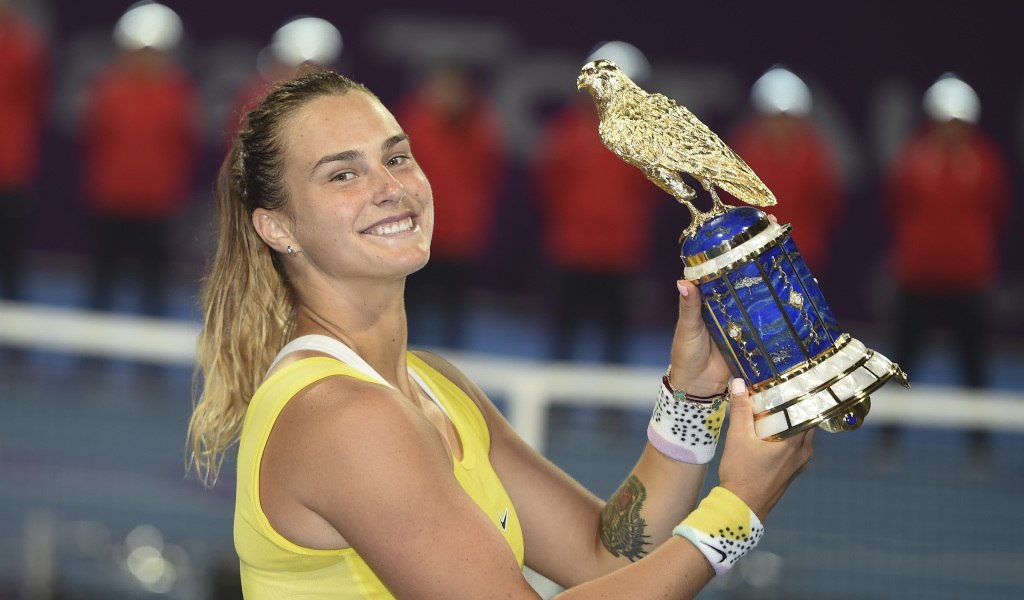 Aryna Sabalenka eased past Petra Kvitova to win the Qatar Open and then dedicated the title to her father Sergey, who passed away in November.

The 21-year-old secured her sixth WTA Tour title and third Premier 5 trophy with a solid victory over the eighth-seeded Kvitova, winning 6-3, 6-3 in one hour and 14 minutes.

The ninth seed broke in game four of the first set and games seven and nine of the second to ease to victory.

Sabalenka revealed afterwards how tough the past few months have been on her following the death of her father.

“I just lost my dad in the pre-season and he was my biggest motivation, and I’m doing it for him.”

The world No 13’s last four titles were all won in China, but her debut appearance in Doha led to a title.

“I couldn’t really expect the title for the first time in Doha… I’m really happy, it feels so special for me,” she said.

“I was really focused on each point, and played every point like the last point and like I’m actually losing… I respect [Kvitova], I knew she is a big fighter, I know she will bring everything she have on this final. I tried to focus on each point because I knew that she will try to come back in the game and she will try to beat me.”