Double delight for Sloane Stephens after win over Angelique Kerber 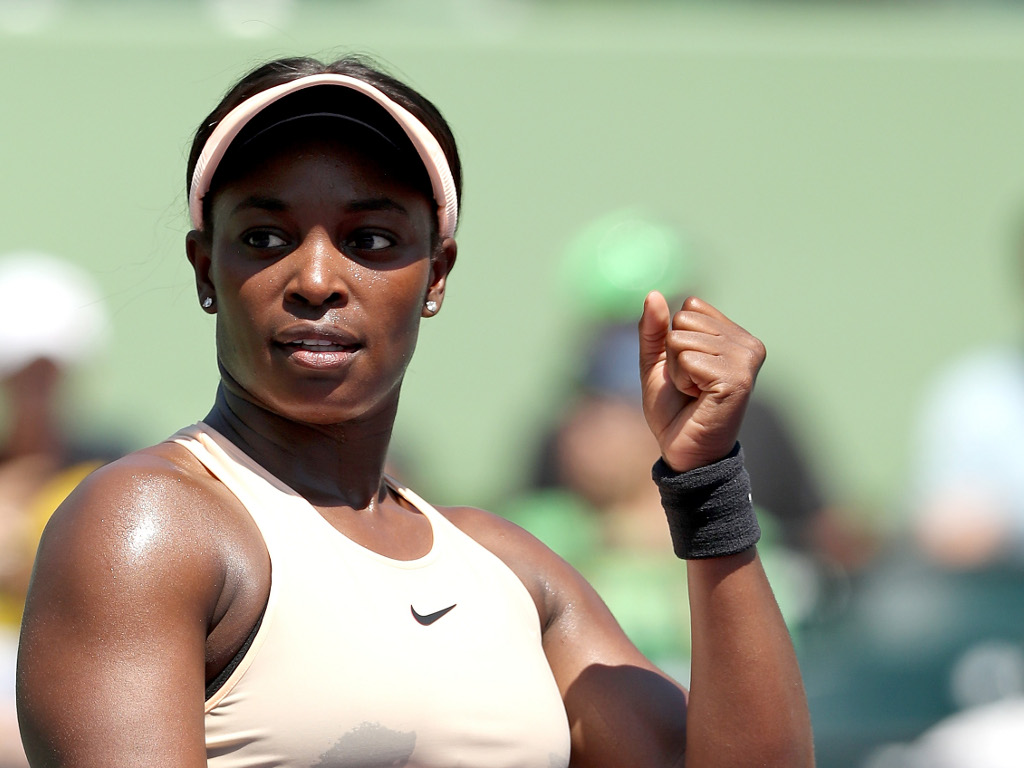 Sloane Stephens had plenty of reason to celebrate after she beat Angelique Kerber to reach the semi-finals of the Miami Open.

The 13th seed required just over an hour to claim a comfortable 6-1, 6-2 win over the two-time Grand Slam winner to reach her first semi-final since her successful US Open run in September last year.

The victory also ensured that the American will reach the WTA top 10 for the first time when the new rankings come out next week.

Stephens broke in games four and six in the opening set and in games five and seven in the second.

.@SloaneStephens is through to the @MiamiOpen semi-finals!

“I am so tired of hearing that I am number 11 in the world,” she said after the match. “It’s very exciting to get there, something I have wanted to do for a while. Getting into the top 10 is pretty special and something I have worked on for a long time.”

The US Open winner will face Victoria Azarenka for a place in the final after the Belarusian beat Karolina Pliskova 7-5, 6-3.

Azarenka, who will be playing in a semi-final for the first time in two years, broke the world No 6 seven times in total.

“The possibility of winning [the title] is always in my head,” the former world No 1 said. “That’s why I play. I don’t come to a tournament just to play, you know. But I’m always taking one match at a time.

“I think it’s important to have this mindset for me. And as much as people think it’s close, I know how far it is. Until the last point is done when you win, it’s never easy.”