‘If you fight, if you work, you can achieve anything,’ says Paula Badosa after winning BNP Paribas title 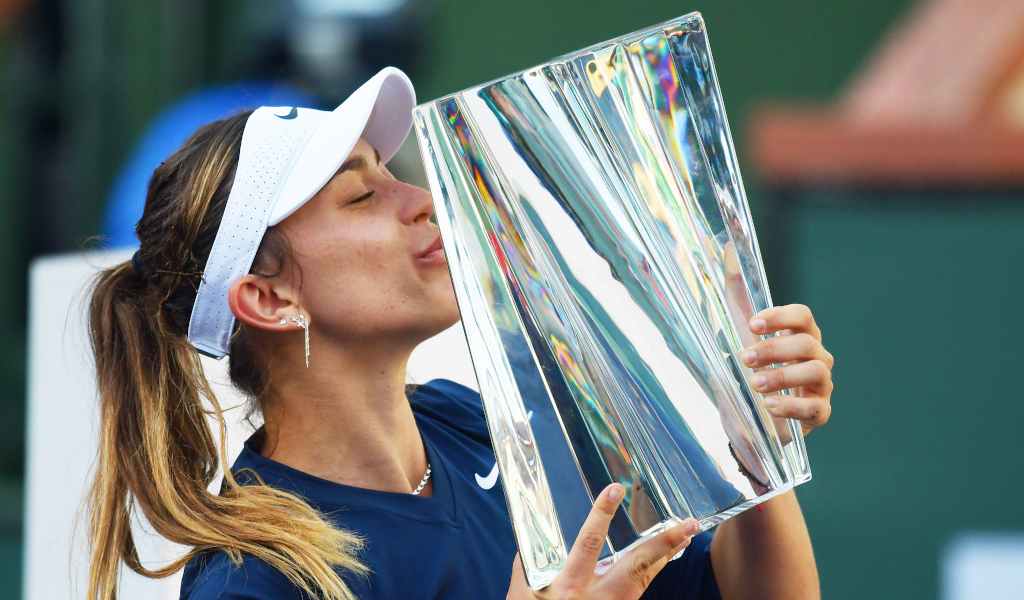 She endured a “roller coaster” of emotions during the match, but Paula Badosa ultimately prevailed to beat Victoria Azarenka and lift the BNP Paribas Open trophy in Indian Wells.

Badosa won the biggest title of her career as she came through a titanic three-set match against former world No 1 Azarenka, winning a topsy-turvy clash 7-6 (7-5), 2-6, 7-6 (7-2) in three hours and four minutes.

The first set alone lasted 80 minutes as the duo shared four breaks before Badosa edged the tie-breaker, but the Belarusian stormed back as she raced into a 4-1 lead in the second set with three breaks.

The Spaniard had the early advantage in the decider with a break in game two, but Azarenka broke back immediately and then edged ahead in game nine with a second break. However, Badosa returned the favour and then dominated the tie-breaker.

ALL of the lines were caught in this rally 😳#BNPPO21 pic.twitter.com/Jz72qdS234

“It was a really tough match. I think it was like a roller coaster mentally, emotionally. It was my first final in a 1000. I had a lot of emotions,” Badosa said.

“I was playing Vika. She’s a great champion. I admire her since I was a little girl, so that’s another thing.”

She added: “It was amazing. I’m still a little bit in shock that what happened right now. But in that moment I was super excited and super proud of what I did after three hours fighting on court.

“The first thing that I’ve learned this week is that nothing is impossible. If you fight, if you work, after all these years, you can achieve anything. That’s the first message that I see that could happen. And to dream. Sometimes you have tough moments. In my case, I have been through tough moments. I never stopped dreaming. That’s what kept me working hard and believing until the last moment.

“I’m very happy what’s happening. I’m a little bit still in shock what happened today because winning a tournament like this, it’s always been a dream.”

The 23-year-old, who won her maiden WTA Tour title in Belgrade in May, will rise to a career-high of No 13 in Monday’s WTA Rankings.