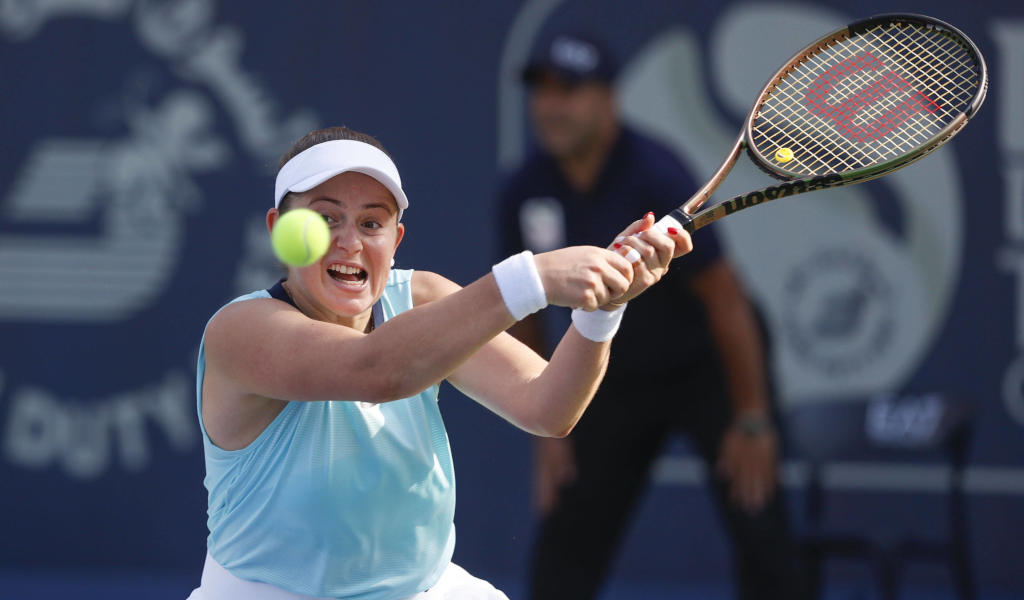 Jelena Ostapenko dug deep to pull off an epic three-set win over Petra Kvitova to reach the last four of the Dubai Tennis Championships.

Kvitova twice served for the match after taking the opening set but Ostapenko found a way back into the encounter on both occasions.

🇱🇻 @JelenaOstapenk8 saves a match point and defeats a third Slam champion in a row to reach the last four in Dubai!#DDFTennis pic.twitter.com/DPDAaiIIBE

Ostapenko had raced out to a 4-1 lead in the first set before letting the stanza slip away from her.

Kvitova served for the first set at 5-4 but Ostapenko broke back, however this was only a momentary reprieve as the Czech quickly closed out the set 7-5.

The second set was a similarly back and forth affair with Kvitova establishing an early lead before Ostapenko fought back to take the set.

Kvitova had another chance to serve for the match at 5-4 again.

The final set tiebreak was a closely-contested, back-and-forth battle just like the match that preceded it.

Ostapenko won the match in style hitting a phenomenal down the line winner to clinch the tiebreak 11-9.

The tight nature of the contest was born out in the numbers, with both players hitting 32 winners. The difference was in the errors where Kvitova made 46 to Ostapenko’s 35.

Kvitova wasn’t able to maximise her advantage when it came to first strike tennis, losing despite serving 11 aces. She also served a critical pair of double faults while trying to close out the match.

Ostapenko’s great strength was in the rallies, where she found inspiration to put one over on the Czech.

In the semi-final the Latvian will face either former world No 1 Simona Halep or Tunisian eighth seed Ons Jabeur.