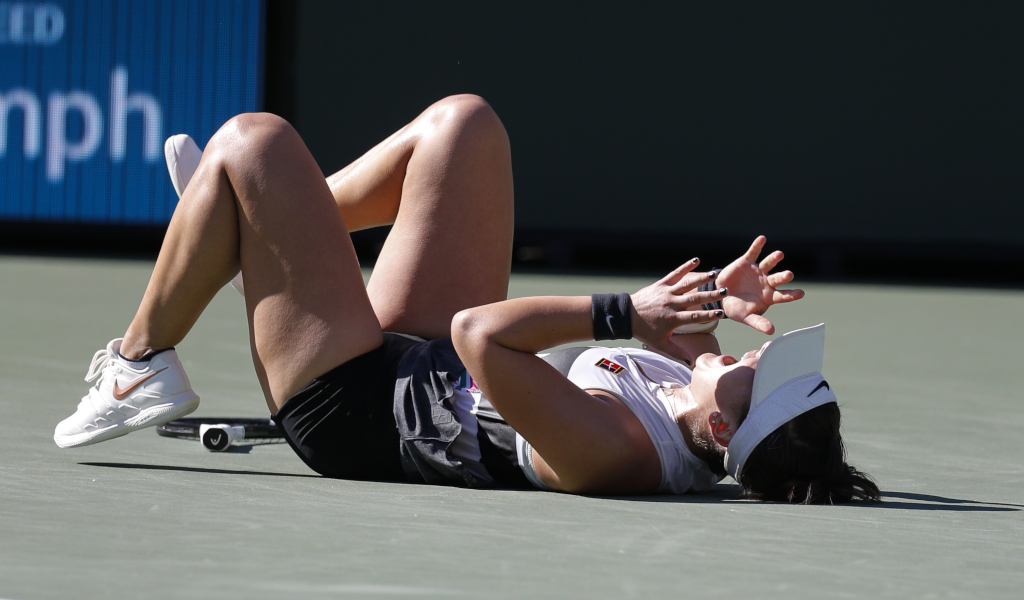 She was a rank outsider at the start of the tournament, but two weeks later Bianca Andreescu can call herself the BNP Paribas Open champion.

The 18-year-old initially gave the tennis world a glimpse of her talent when she finished runner-up at the Auckland Open in January, but no one would have predicted her fairytale run in Indian Wells.

She started the tournament as an unseeded wildcard and beat the likes of Dominica Cibulkova, Wang Qiang, Garbine Muguruza and Elina Svitolina on the way to the final.

Three-time Grand Slam winner Angelique Kerber was her opponent on Sunday, but she produced a composed display to secure her first WTA Tour title with a 6-4, 3-6, 6-4 victory.

She followed it world No 1 Naomi Osaka’s footsteps as the Japanese player also won her maiden singles title in Indian Wells last year.

“It’s incredible to have my name beside so many incredible champions,” the teenager said afterwards. “It’s a dream come true.”

She added: “It’s been a crazy ride. Truly a Cinderella story. Naomi did this last year. And now to be able to have my name in front of so many amazing champions – it means the world to me.

“It’s definitely inspiration seeing her claim the trophy here last year, and winning two Grand Slams right after that has been amazing to see.”

Almost exactly a year ago, Andreescu lost in the second round of an ITF 25K tournament in Japan and now she is a Premier Mandatory title holder.

“A year ago, during this period, I had been struggling a lot with my tennis and with my body, too. So it’s crazy what a year can do,” she said. “I was playing 25Ks in Japan, and now I’m the – can I say the F word? No, I can’t. The f-ing champion of Indian Wells. It’s crazy. Crazy is the word of the tournament for me. Just crazy.”