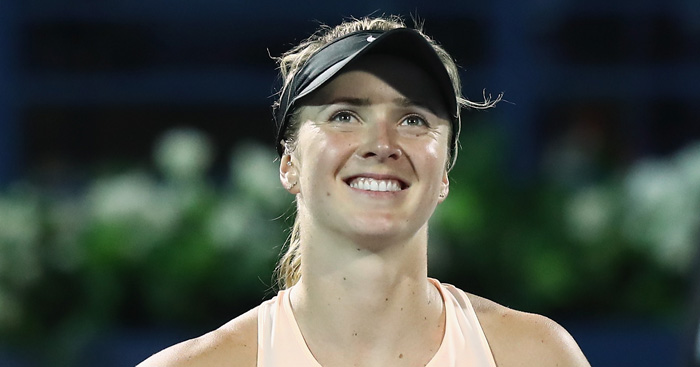 Defending champion and top seed Elina Svitolina has moved into the final of the Dubai Duty Free Tennis Championships after overcoming Angelique Kerber in straight sets.

Svitolina continued her career dominance over the German with a 6-3 6-3 win on Friday to take her head-to-head record against Kerber to 5-0.

The match started in strange fashion with five consecutive breaks of serve before Svitolina held and went on to take the first set.

Kerber put herself in a good position to level the match when she broke early on in the second set to lead 2-1 but Svitolina won the next four straight games to reclaim control before closing out the match.

The world number four will play Daria Kasatkina in the final after the Russian defeated Garbine Muguruza in a three-set thriller.

Kasatkina saved three match points in the second set before overpowering the Wimbledon champion in the decider to earn a 3-6 7-6 (11/9) 6-1 victory.