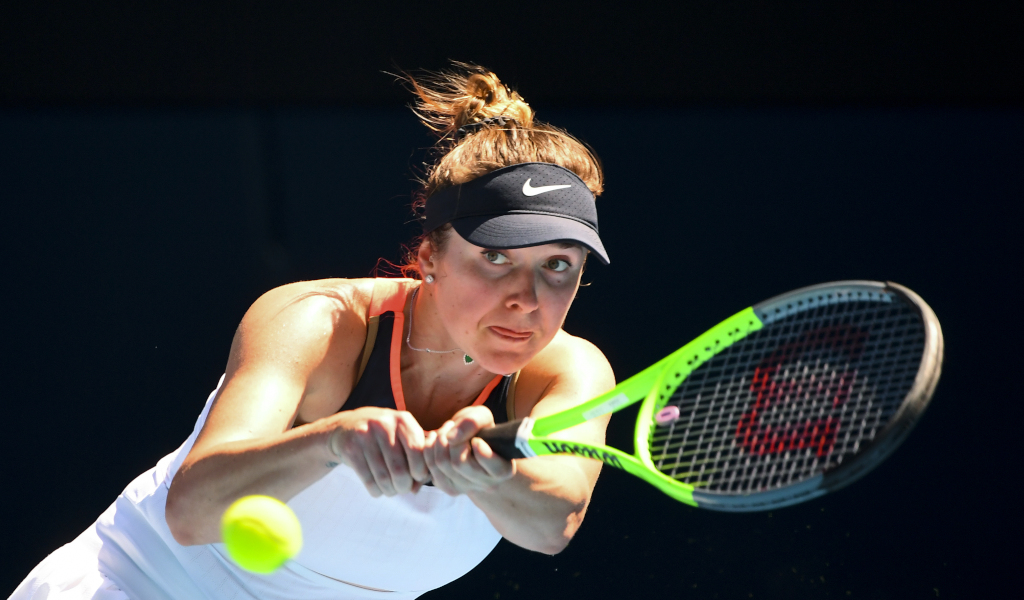 World No 20 Elina Svitolina is taking a break from tennis and is taking a step back from competitions and tournaments after watching the events in her country unfold over the past month which has left her in “unbearable pain” in her heart.

At the Monterrey Open earlier this month, the Ukrainian refused to play Anastasia Potapova from Russia unless she was classed as a neutral athlete which has since come into force.

Although she made it to the quarter finals of the Mexico-based competition, the 27-year-old didn’t manage to win a single game at either the Indian Wells Masters or the Miami Open.

This is therefore a good time for Svitolina to step back from the game and regroup but it does mean she’ll miss out on the Billie Jean King Cup for her country against the USA on April 15 and 16.

The Odessa born player took to Twitter to make her announcement, she said: “It’s been an extremely difficult couple of months for me not only mentally but physically, for quite a long time I’ve been struggling with my back, the pain didn’t let me prepare for the tournaments at my best.

“Meanwhile, observing with unbearable pain in my heart what is happening in my homeland of Ukraine and with how much bravery and courage our Ukrainian people are defending our country, this gave me a huge push to continue and fight on court.

“Now my body can’t handle it anymore and I need to rest therefore I’m sad to announce that I will be missing the Fed Cup and a few of my favourite tournaments in Europe – but I’m sure I will see you around soon, thank you for all your support in this challenging period.”

This absence from the sport for a while could mean Svitolina will take a fall in the rankings and lose drop out of the top 20, which is looking likely she’ll be losing anyway due to her poor form in Miami, but she could return for the Stuttgart Open or Madrid Open in late April, while the French Open gets underway a month later on May 22.