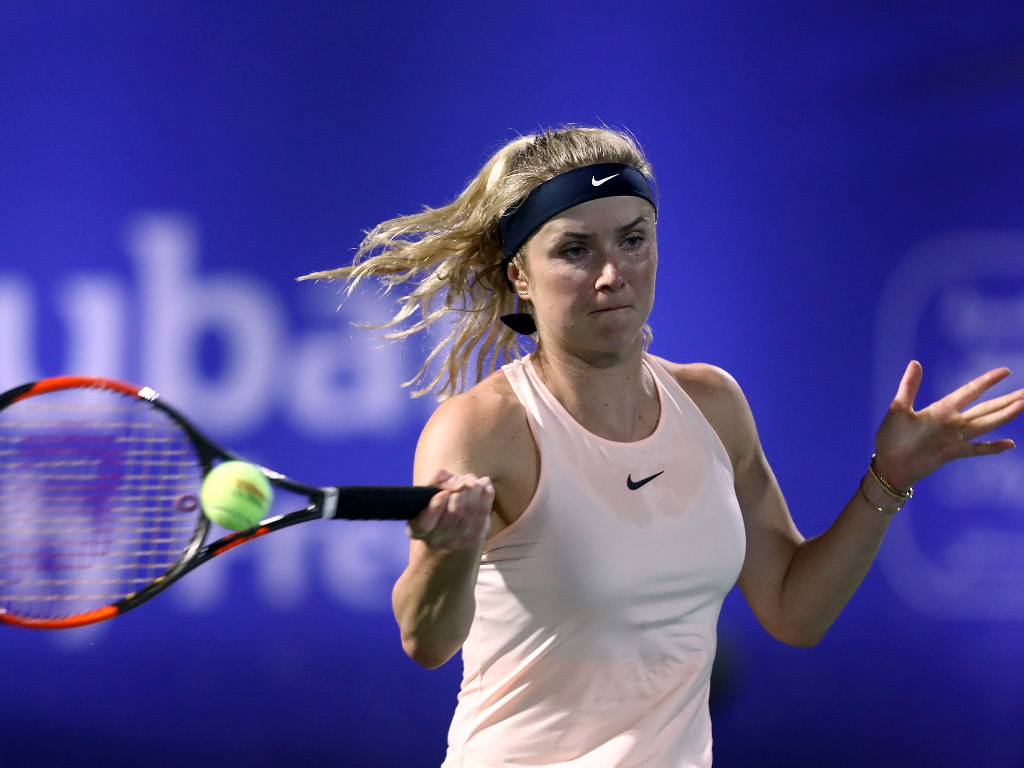 Defending champion Svitolina had a bye in the first round and she was made to work for her win by Qiang Wang as she made 53 unforced errors and hit 38 winners.

“I didn’t expect it like this,” she told WTAtennis.com. “But I always try to expect the unexpected.

“I was a little bit angry at myself that I didn’t bring my best game in the end of the second set but I had to accept it and bounce back.”

Second seed Garbine Muguruza beat 6-3, 7-5 while Angelique Kerber is also through after she claimed a comfortable 6-4, 6-2 win over former champion Sara Errani. The German will face Karolina Pliskova next after the Czech beat Carla Suarez Navarro 5-7, 6-2, 6-4.

French Open champion Ostapenko’s poor run of form continued as she was beaten 6-1, 7-5 by Russian Elena Vesnina. It was the 20-year-old’s sixth defeat in nine matches.

The world No 24 saved two match points in the second set as she won in two hours and 59 minutes.

“It was such a tough match,” Russian Kasatkina said. “We spent like three hours on the court, but felt like one hour on a court because I was so much in the match.

“But now I feel a bit weird, because it’s done. It was such a big battle, such a big fight. So I’m just happy that I survive.”