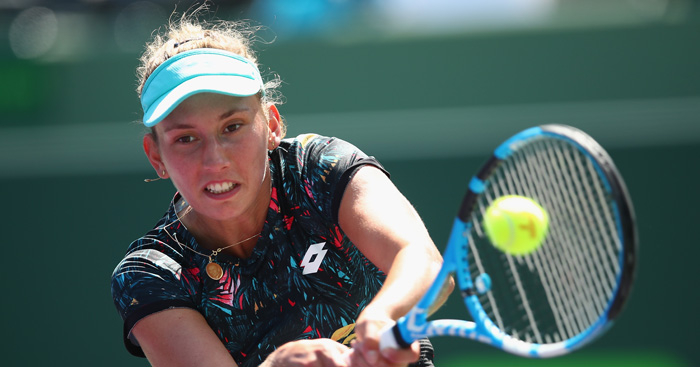 Elise Mertens managed to overcome both the rain and Czech teenager Marketa Vondrousova to reach the quarter-finals of the Samsung Open in Lugano.

The pair toiled for over two-and-a-half hours through rain drops before the Belgian second seed progressed with a 6-2 5-7 7-5 victory.

With play affected by the weather for a fifth straight day, plans to complete both the second round and quarter-finals on Friday were put on hold.

Sasnovich looked to be in total command of Flipkens prior to Friday’s first rain delay, leading by a set and enjoying a double-break advantage upon resumption in the second set.

But the Belgian number three won six of the next seven games to tie the match before advancing 4-6 6-4 6-2 into her first quarter-final of the season.

Vera Lapko joined her fellow Belorussian Aryna Sabalenka in the final eight with a 6-2 6-3 win over fellow qualifier Danka Kovinic.

Germany’s Mona Barthel followed up taking the shock scalp of Svetlana Kuznetsova on Thursday with a 6-3 4-6 6-4 victory over Donna Vekic.