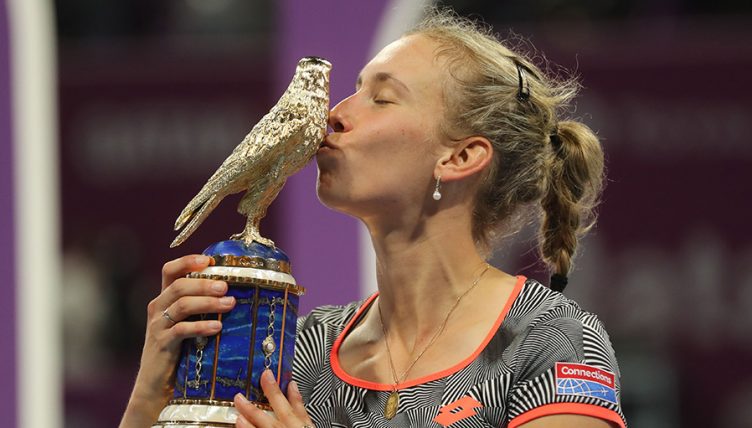 Elise Mertens stunned Simona Halep to claim the biggest title of her career at the Qatar Open, but she was made to work very hard for it.

“I was really happy the way I played this week, actually,” said Mertens.

I’m happy about the process that I made, starting out playing less well and then getting better every match.

“This is why you do it, to beat those top 10 players and getting the victory at the end.”

Mertens was keen to credit the influence of coach David Taylor during the match, citing him as a key reason behind her comeback.

“He said to stay positive, stay in the game, that I deserve to be here in the final after this week, and he said that I’m playing well this week.

“He kept on cheering for me, even though I was losing, but playing the right way.”