Emily Webley-Smith on receiving financial help from WTA, being anxious about returning and more 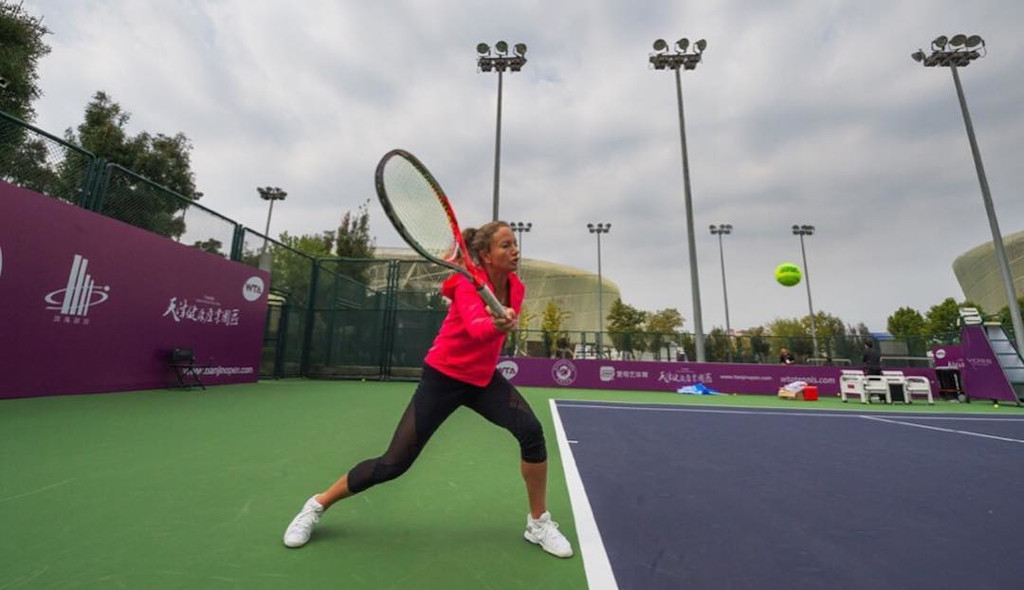 In part two of our interview with Emily Webley-Smith, she talks about receiving help from the WTA and ITF, how the grants were “like putting a plaster” on the bigger issues, why players need to take responsibility during these times and her hopes for the remainder of 2020.

The enforced hiatus has been tough on professional athletes, especially the lower-ranked tennis players whose bread and butter come from prize-money earnings at tournaments.

What can players expect in the new normal tennis era? Emily Webley-Smith explains after her Palermo trip

Webley-Smith is one such player as she is ranked 150 in the doubles and 490 in the singles and she told Tennis365 that the WTA came to the party before the ITF also helped out, but says the bigger issue of prize money discrepancy between the top players and the rest needs more attention.

“The WTA were the first people to help us financially in the lockdown and they refunded our membership fees for this year, which was extremely helpful for me personally as a good start to live off that money,” she said.

“I also coached through lockdown so I worked as hard as I possibly could, coaching and doing what I could so that I was financially a little calmer coming into compete than I would have been without any prize money for four months.

“From the ITF point of view, I was eventually got accepted for the player grant, that was related to ITF, WTA and all of the Grand Slams coming together and was based on the number of tournaments, your prize money and a few other criteria, which also helped a little.

“It’s a little like putting a plaster on something that needs a lot more investigation in terms of the prize money discrepancy between the lower-ranked players and the top-ranked players, but it certainly helped in the mean time and enabled me to live and, as I said with the WTA money, just took the pressure off slightly from having to come back to compete again.”

The big focus for the tennis world is the Flushing Meadows double header, Western & Southern Open and US Open, and although Webley-Smith is unlikely to play in either event she is confident that the tournaments can go ahead if everyone does their bit.

“It can go ahead, whether it should or not remains to be seen,” the British player said. “My sister is in New York at the moment and although it hit them very badly to start with, they were very strict at the beginning and now they are doing very well, relatively speaking to the other states across America.

“I think in general players will have a lot of fear and a lot of anxiety about the conditions, that’s based purely on their experience of Covid-19 before.

“I know coming to my first tournament I was certainly anxious, but once you adjust and adapt to how it needs to be to keep everyone safe, I think it is possible for events to happen if the players take responsibility, adhering to the rules and doing the best they can in terms of their own personal safety.”

There are still clouds hanging over both the WTA and ITF calendars for the remainder of the year and Webley-Smith admits it will be very difficult for a lot of countries to host tournaments with so much uncertainty around.

“I think it’s possible, but there will be a lot of tournament directors in a lot of countries that will be very loathed to do so given the climate. Also in terms of Covid-19, we have absolutely no idea what’s going to happen in waves going around the world, I think it’s here to stay for a little while until they find a vaccine.

“But from our point of view if a tournament can be played in a safe environment, then there is no reason why it can’t go ahead. From my experience here in Palermo, I think it will be impossible for the ITF to achieve what the WTA has achieved here.”

Webley-Smith had a best doubles season in 2019 as she won five titles, four alongside Georgian Sofia Shapatava and one with Rutuja Bhosale from India.

So that was fun…. Winning Bhopal 25k with @rutujabhosale Thanks Ru, for your company and for being at my side on and off the court 🙏🏽 Went for singles, messed that up and won the doubs, life is back in balance 😂💪🏽 💁🏼‍♀️ #iglowyouglowweglow #challydogs #champalets #whatcountrymadam #bhopal #weekseven #titletown #no29 #poweredbysamosa

Naturally she just wants to get back on court and play competitive tennis for the remainder of this year while she hopes to set her sights higher in 2021.

“My hopes for 2020 are just to compete again. I think from a year point of view it’s impossible to set goals and everything else. I would like to be playing in the bigger tournaments, playing in a Grand Slam with my doubles and I will do everything I can to make that possible.

“But first of all let’s have some tournaments and let’s play because it is just amazing to be back competing again. I would like to play wherever I can.”