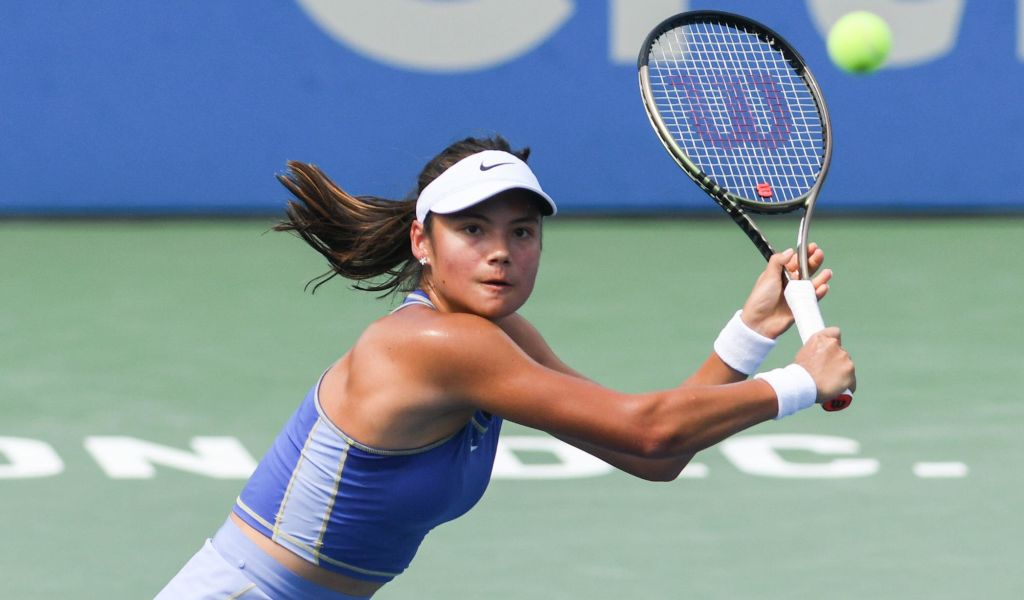 Emma Raducanu downed Victoria Azarenka in her most dominant performance of the year to date.

Raducanu came out of the gate strong breaking Azarenka in the opening game of the match playing an aggressive game that allowed the Belarussian just one point on serve first up.

She shook off a double fault in her first service game to hold serve and consolidate her advantage.

Raducanu was eating up Azarenka’s wayward serve and raced to a 6-0 first set win ensuring she had won her last two sets in Cincinnati to love.

While the Brit didn’t put a foot wrong it has to be said that Azarenka was suffering from feeble touch as she struggled to keep a single shot between the lines.

Raducanu had more trouble winning her own service games than she did cleaning up Azarenka’s efforts.

She had barely broken a sweat in rattling off ten games in a row with Azarenka cutting a defeated figure.

It took 11 games but Azarenka eventually got on the board holding serve to make it 1-4 in the second set and avoid a first career double bagel.

Raducanu didn’t let that throw her off though as she quickly held serve to leave Azarenka on the brink of exit.

However after Azarenka held serve again she was able to earn a pair of break points to get her back into the second set.

Those break chances seemed to bring another level out of Raducanu and when she got a lucky let on her second serve at deuce she earned her first match point.

Azarenka scrambled brilliantly to stay in the fight but Radacanu just looked in control and claimed the match 6-0, 6-2 with her second match point.

The result was her first win over a top 20 player since she won the US Open last year.

READ: Laura Robson leaps to the defence of Emma Raducanu

Raducanu is trying to stay grounded after two great wins but savoured another good performance.

“I mean I was playing a great match for sure and to play Vika as I had to stay really focused throughout and in the second step I could feel the important moments and a couple of turning points that could have made the second set really, really difficult more so than it already was.

“So I’m just really pleased with how I dug in and serving it out in that last game as well.

“It was really difficult at 15-40 And then the momentum could shift. It was another great honour to play Vika because she’s won so many championships and Slams so it’s just a great opportunity for me to be out here.”

She says that she doesn’t pay the critics too much mind and also tries not to get carried away with the praise she receives.

“I think I’ve realised in the last year that people are going to talk regardless of what you do, and you know, things that I do, are maybe more amplified because of my situation, but I’ve just learned to really kind of zone in internally, and like today and yesterday I didn’t really show any emotion and then I didn’t you know, let myself get high or low. I was just like one level and I think that helped.”