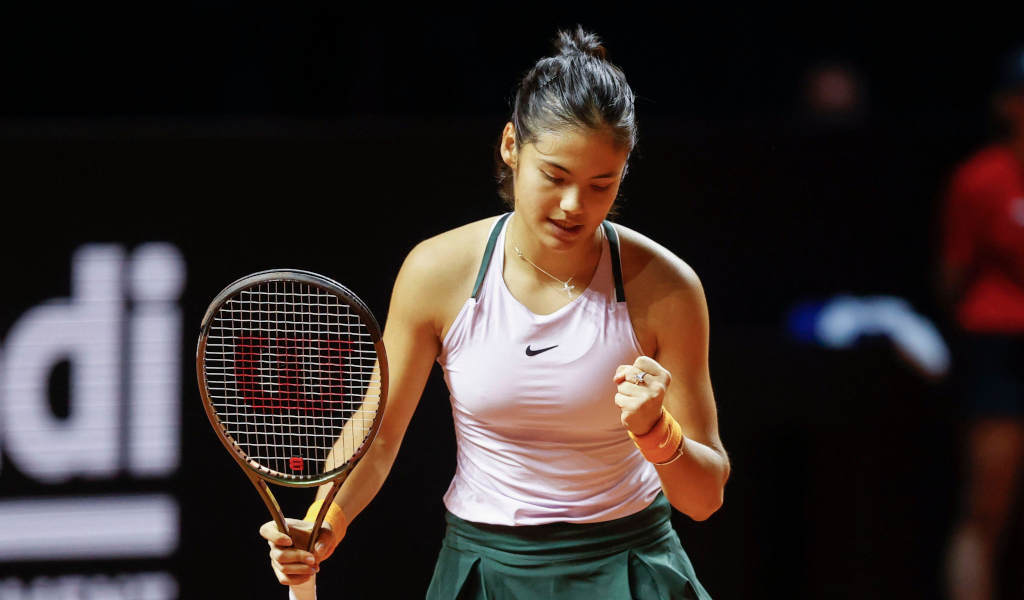 Emma Raducanu won back-to-back matches for the first time in six months to set up a quarter-final clash with world number one Iga Swiatek at the Porsche Tennis Grand Prix.

The US Open champion started and finished strongly to defeat German Tamara Korpatsch 6-0 2-6 6-1 in her first WTA Tour event on clay in Stuttgart.

It is just the second time Raducanu has won two matches at the same tournament on the main tour, with the only previous occasion coming at the Transylvania Open last October.

The 19-year-old has played a series of long, close matches this season so it would have been a relief to win comfortably against Storm Sanders in round one.

And Raducanu picked up where she left off against lucky loser Korpatsch, dropping just seven points in a one-sided first set.

But the German found her range in the second set and began to put significant pressure on Raducanu, who was unable to come up with the answers.

The British player dug in to hold at the start of the deciding set and then threw Korpatsch off her rhythm with a series of high balls before riding her momentum to the finish line.

Raducanu said in her on-court interview: “Overall I feel like Tamara came out in the second set and played some unbelievable tennis.

“I didn’t even think that I was making too many mistakes but I dropped the ball slightly short and she was all over it. For me it was just about regrouping for the third set and trying to stay aggressive.”

In just her second WTA Tour quarter-final, Raducanu faces the formidable task of taking on Pole Swiatek, who is on a 20-match winning streak and has lost just three games in her last six sets.

Their only previous meeting came in the quarter-finals of the girls’ singles at Wimbledon in 2018, when Swiatek won 6-0 6-1.

“Of course she’s in great form and it will be an interesting match but she’s number one in the world,” said Raducanu. “I feel like I’ve got no pressure going out there, playing on clay against her, so I’m looking forward to the match.”