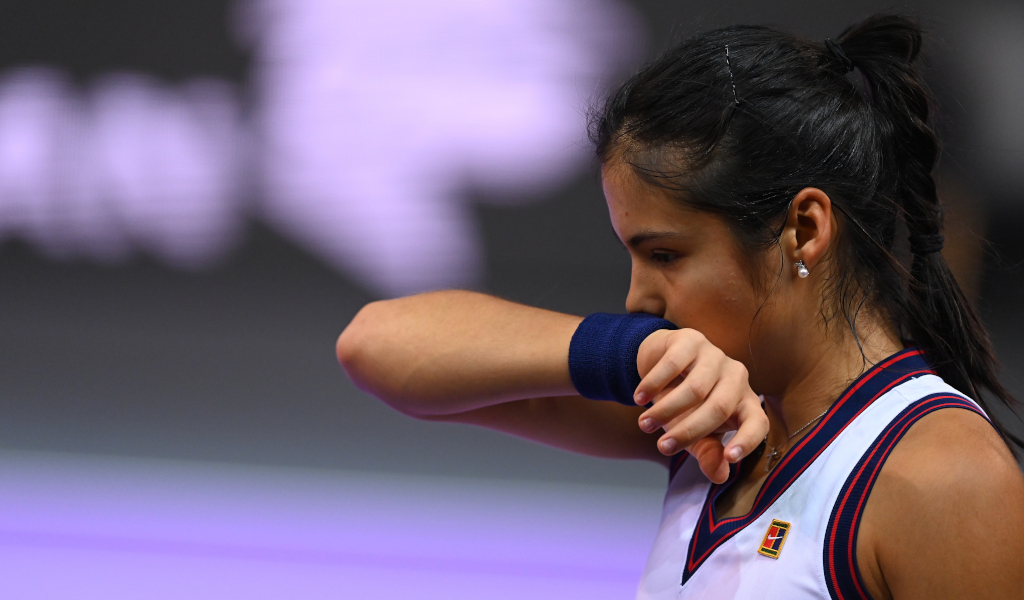 The 18-year-old was the top seed at a WTA Tour event for the first time at the Upper Austria Ladies Linz having won her first matches on the main circuit only two weeks ago but she could not add to that here, losing 6-1, 6-7 (0-7), 7-5 to 106th-ranked Wang at the TipsArena.

Raducanu will now take a little bit of time off to recharge and reflect on her remarkable progress before beginning work in pre-season with German Torben Beltz, who coached former world No 1 Angelique Kerber.

Biggest win of her career 👏

🇨🇳 Wang Xinyu holds off a Raducanu comeback to advance to the #WTALinz quarterfinals! pic.twitter.com/VsuFYa5Gu0

Raducanu had struggled with illness after her quarter-final loss at the Transylvania Open two weeks ago but gave a positive assessment of her health on her arrival in Austria.

She began with an ace and held serve in the first game but from there the first set sped by in the wrong direction, with Raducanu unable to find her range and Wang playing inspired tennis.

The 20-year-old is a former world junior No 2 who has seen her progress stalled by injuries and difficulties travelling to and from China over the last 18 months.

But she has been in impressive form under new British coach Iain Hughes, including winning three matches here, and overpowered Raducanu from the baseline, seizing on any short balls and lapping up her opponent’s errors.

🇨🇳 Wang on her way to taking the first set, 6-1!
#WTALinz pic.twitter.com/e0fn622MaH

Raducanu improved in the second set, while Wang dropped from the stellar heights she had been inhabiting, and it went to a tie-break after the top seed twice failed to hold onto a break.

Her serving in particular was now really firing and, helped by a couple of generous errors from Wang, Raducanu finished the set with a run of 10 points in a row.

Wang found her best form again in the decider, though, and broke Raducanu to lead 5-4, after which the British No 1 took a medical time-out for treatment to her upper right leg.

The timing was certainly unfortunate for Wang, while Raducanu did not look entirely comfortable, but she found some of her best tennis of the contest to save two match points and hit back to level at 5-5.

However, Raducanu could not hold onto her own serve again and Wang took her second chance to serve out one of the best victories of her career after two hours and 36 minutes.