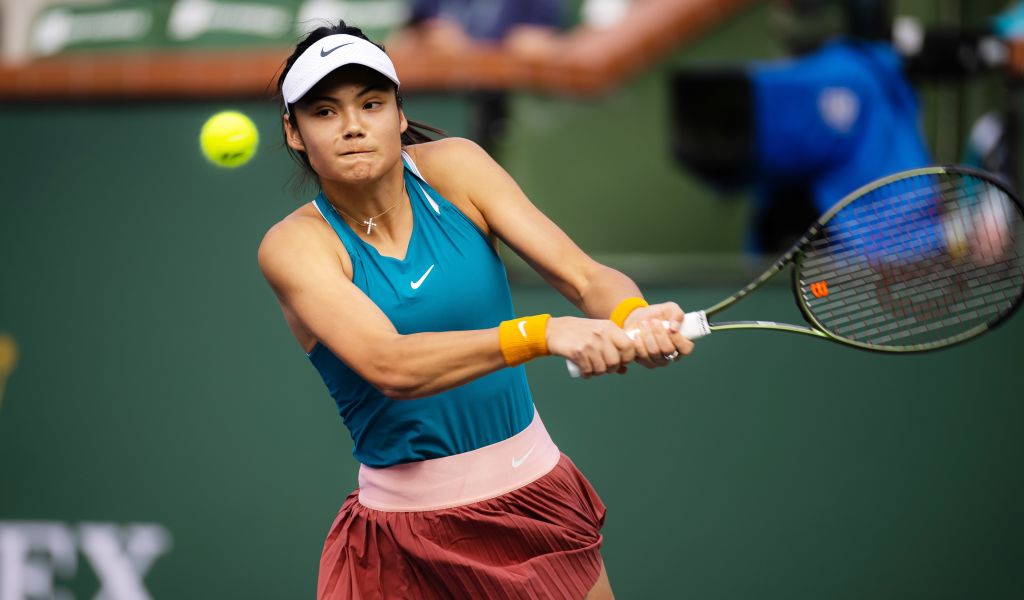 Emma Raducanu slumped to another disappointing defeat as she lost the last four games in a disappointing second-round defeat by Katerina Siniakova at the Miami Open.

The British number one has made a habit of being sucked into long matches in 2022 and she was unable to find a way through against the world number 53, going down 3-6 6-4 7-5.

Raducanu made another fast start and Siniakova seemed to be struggling with the heat and humidity, calling the trainer after only five games.

But the Czech rallied from 1-3 down to take the second set. Raducanu looked to have turned the tide back in her favour when she moved 5-3 ahead in the decider, but she ran out of steam at the end.

It was another demonstration that the US Open champion has a lot of physical work ahead as she adapts to life on the WTA Tour.

“It’s an unbelievably tough loss for Emma,” declared former British No 1 Tim Henman on Amazon Prime. “She did everything but win the match and the quality from both women were fantastic.

“Everyone is going to compare the way she played at the US Open to here, but I think she played just as well as she did in New York.

“The reality is all the big points and big games, she managed to win in New York. It hasn’t happened here, but that’s why is such a brutal sport.

“It’s a massive learning curve for Raducanu, but there are still so many positives to take from this match.”

While there was dejection for Raducanu, Heather Watson claimed her best victory by ranking for more than two years with a 4-6 6-3 7-6 (4) success against 20th-ranked Elina Svitolina.

It is a timely good run for Watson, who recently dropped out of the top 100, and sees her follow in the footsteps of her compatriot Harriet Dart after she also beat Svitolina in Indian Wells last week.

Watson told Amazon Prime Video: “I love this tournament. I’ve been coming here for so long. I just love it here, I feel like it’s home.

“I’m really happy that I’m coming back into form this year. I was just thinking at the end that my fitness got me through that match. I’m really glad I held my nerve and was able to get over the line.”