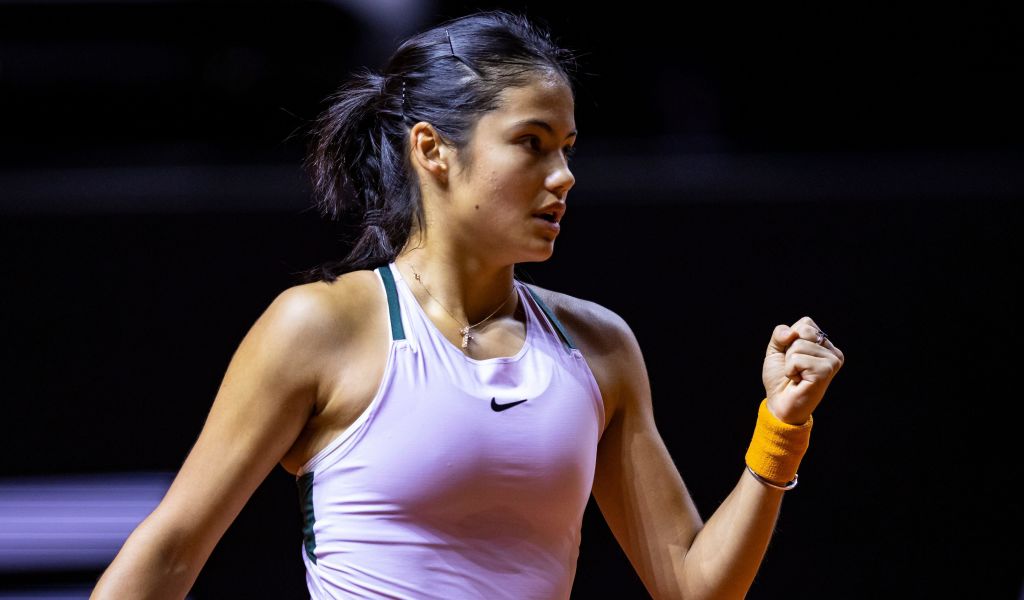 There was a curious sprinkling of delight in some of the media coverage of Emma Raducanu’s struggles since her US Open win last September.

While it was fair to suggest the British teenager struggled to adapt to a very changed world around her after her remarkable success in New York, those keen to suggest she was a ‘one-hit wonder’ who would never win at the highest level again became more vocal with each passing week.

Expectations were inflated to unrealistic levels after Raducanu’s Grand Slam heroics, with the negative reaction to her defeats in the months since also given unnecessarily prominent media coverage.

The truth was, she was always going to need time to find her feet on the tennis stage and in what has been something of a surprise, clay courts are providing the 19-year-old with a platform to launch her season.

Raducanu earned her first win over a Top 50 player this season when she beat Tereza Martincova of the Czech Republic 7-5, 7-5 in the Billie Jean King Cup earlier this month and now she has backed that up with a run to the quarter-finals on the Porsche Grand Prix in Stuttgart.

While her run in Germany was ended by world No 1 Iga Swiatek, Raducanu was competitive against the undisputed world No 1, which suggests she is not as far away from mixing it with the biggest names in the game as some of her detractors had suggested.

Trading blows with Swiatek and putting her under real pressure as she tried to serve out for victory at 5-4 in the second set, Raducanu looked every inch a top 20 player as she battled an injury issue to turn in one of her best performances yet on the WTA Tour.

Raducanu’s run in Stuttgart will give her a rankings boost, as she will move up to a career-high No 11 in the updated WTA rankings and that leap confirms she is still making progress.

Concern may lie ahead for Raducanu as the bulk of the points making up her ranking total will fall off when she plays at Wimbledon and then tries to defend her US Open title later this year.

Yet those looming issues can be put on hold for now, as she has shown enough potential on clay courts to suggest she could shine in the events leading into the French Open next month.

Raducanu’s physical conditioning is a recurring flaw that needs to be addressed as blisters and niggling injuries are clearly hampering her as her body adjusts to the demands of life on the WTA Tour.

Yet Raducanu has too much talent to go down in history as a teenage star who failed to live up to her billing and she looks ready to prove as much heading into the summer months.