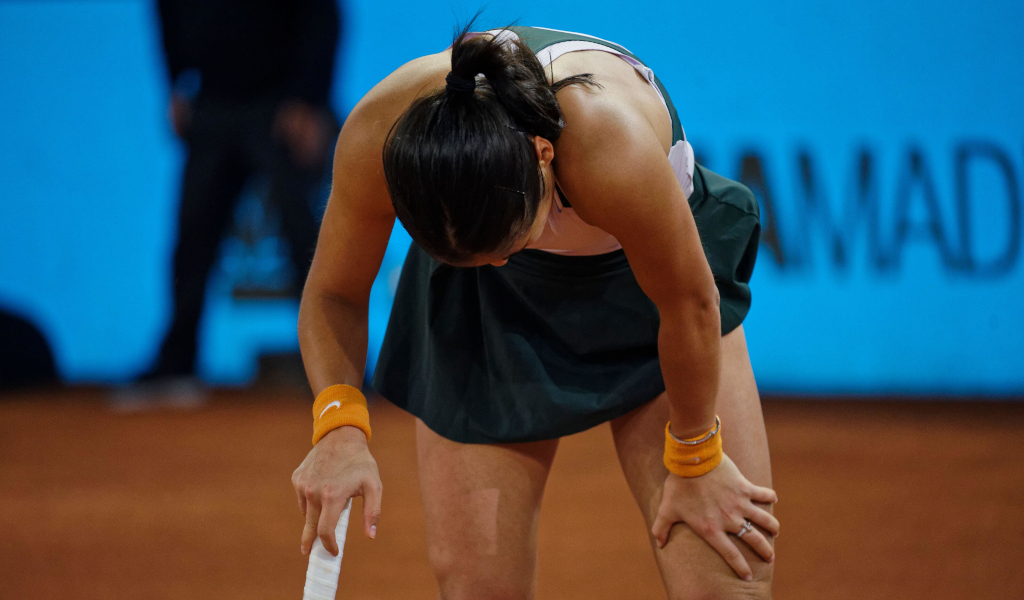 She was always facing an uphill battle in the Madrid Open third round due to a back injury and “some niggles”, but Emma Raducanu is seeing glass as half full following her exit.

Raducanu has impressed on the clay in recent weeks, but she made a sluggish start against Anhelina Kalinina on Tuesday and, although she bounced back in the second set, the teenager eventually went down 6-2, 2-6, 6-4 against the Ukrainian.

The US Open champion started to stretch her back during the latter stages of the opening set and then took a medical timeout at the conclusion of the set.

She moved better for the remainder of the match, but the unseeded Kalinina regained her composure to wrap up the win in two hours and 19 minutes.

After the match Raducanu revealed that she didn’t have much hope of winning at the start due to injury.

“I would have given myself a five per cent chance of winning that match, and for it to almost happen, I think that was a positive thing,” the 19-year-old said.

“I was kind of struggling a bit with my back, to be honest. Throughout the week I have been carrying some niggles, and it’s kind of just taking its toll, all of the matches at this kind of level.

“I think that’s a good thing that I feel like I’m going through this and my body is building with each match I play.”

The Italian Open is next on the WTA Tour calendar before players head to Paris for the French Open and for now it is still unclear if Raducanu will be in Rome.

“I’m not sure what I will do yet, whether I will go home yet or straight to Rome. The plan right now is to still go to Rome,” she said.

“I’m not sure when I start. Maybe Monday or Tuesday. I hope it’s enough time because it would be a real shame to miss it.

“I’m feeling pretty positive. A lot of the time with me it’s just overload and then two or three days’ complete rest and I’m OK to start training again.”