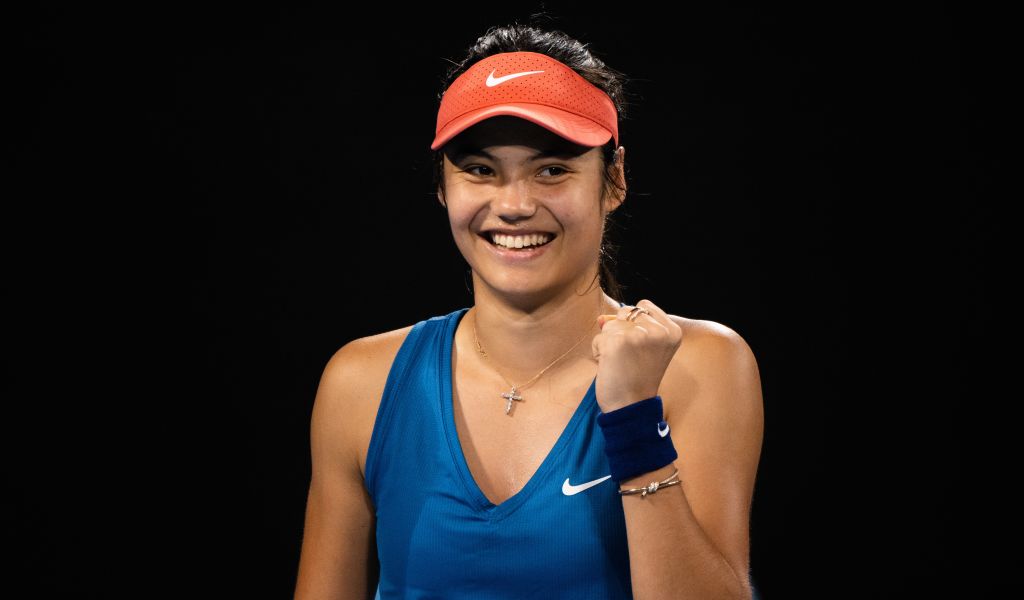 Former British No 1 Andrew Castle believes Emma Raducanu will need “two or three years” to find her feet on the WTA Tour before she becomes a consistent challenger for more major titles.

The teenager shocked the tennis world when she won the US Open as a qualifier last September, but she has struggled to make her mark in the months since despite a huge surge of hype and publicity around her.

Now Castle has insisted the expectations around Raducanu need to be diluted, as he told Tennis365 in an exclusive interview that the 19-year-old cannot be expected to compete at the highest level without gaining experience for a sustained period of time.

Speaking in his role as a Game4Padel ambassador, Castle offered up some words of advice for a player he believes can win more Grand Slams when she develops her skills.

“I still can’t get over the fact of where she has come from and where she is now and how quickly it has all happened,” Castle told Tennis365. “Now those of us in the game are saying hold your horses… you are unlikely to see her winning another Grand Slam any time soon.

“She is going to need two or three years to build into being a regular WTA Tour player. I know she won the US Open without losing a set, ten matches, coming through qualifying and it is remarkable.

“That was an illustration of talent and it was almost an aberration, some madness that she went ahead and won that.

“So to ask people to be patient (with her) now, I don’t think they really understand. So people will write her off if she goes out in the first or second round of events and that’s what she will do. That is life on tour. Even the world No 1 loses matches.

“It’s just a question of waiting and allowing her to gain and gather experience. Also to adjust to what is pretty rarified air (around here). She can’t go and do anything like she used to. You are doing your A levels one minute and no one has heard of you and now you have money, glory and fame instantly. I’m not feeling sorry for her, but it’s a major test.”

This is why we play the game 🔥❤️

Castle believes Raducanu has the qualities required to win more major titles, as he suggested she boasts qualities that only elite sporting stars possess.

“Surround yourself with good people and hit tennis balls because ultimately, it will come down to that,” he added. “She hits the ball fantastically well. Her movement is difference. Her slowness when she needs it and then the pop through the ball is quite rare.

“That kind of slowness and then that weight through the ball… (Pete) Sampras used to have that. I used to practice with him and the way he hit the ball was like a sledgehammer hitting you. It was different to others.

“It’s that Tiger Woods thing. Popping balls out of the middle and Emma has that.”