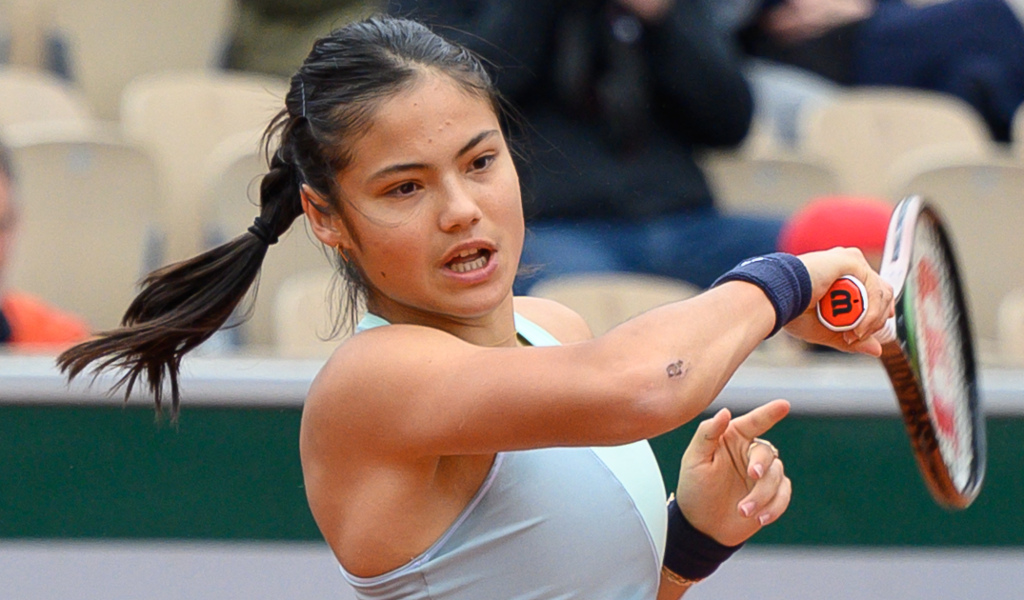 In the space of a year Emma Raducanu has been catapulted into the limelight, and has been constantly criticised since she won the US Open as she has failed to repeat that success.

However, Sue Barker has defended the British teenager, who has been plagued with injuries so far this year, and has said there’s nothing wrong with being a one hit wonder.

The 19-year-old was most recently forced to withdraw from the Rothesay Classic in Birmingham but her scans have shown encouraging signs that she’ll be fit and ready for Wimbledon.

During the BBC’s coverage of Queens, former British No 1 John Lloyd said about Raducanu: “She set the bar pretty high, she won the US Open, she’s won a Slam already, so everybody’s after her. The players on tour are after her, coaches have taught them how to play against her – when she came out at the US Open, she was still not that really well known, the pressure has come from the public and at Wimbledon it’s going to be the same thing.

“This year it’s already looking a bit tough, it may look tough for the rest of the year, but from what I’ve seen from her she will rebound. When she gets enough time to play, I don’t think she’ll be a one Slam wonder. And if she is, so what?”

But Barker interjected to defend the teenage sensation saying: “There’s nothing wrong with being a one-Slam wonder!”

Before Lloyd continued to heap more praise on Raducanu, he said: “We should all be so lucky to win one Grand Slam, I mean that’s still an amazing feat. I don’t think she will be someone who goes away because I think she’s hungry for more. I think she’s going to stay around and win a lot more matches.”

The Grand Slam champion will be hoping to prove her doubters wrong at Wimbledon which gets underway from June 27.