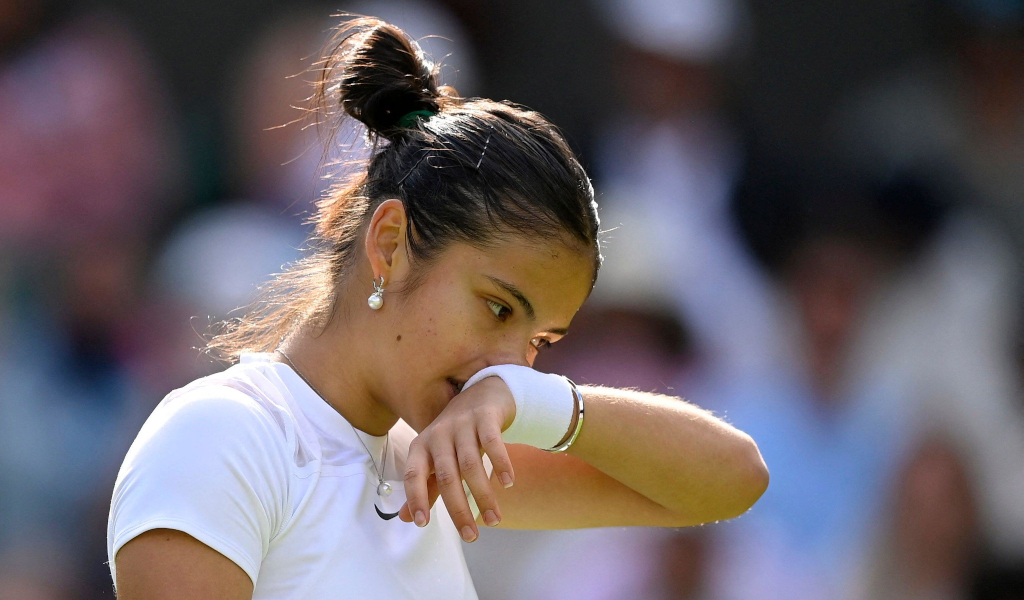 Emma Raducanu made a first-round exit at the National Bank Open in Toronto after losing in straight sets to defending champion Camila Giorgi.

World number 10 and ninth seed Raducanu was beaten 7-6 (0) 6-2 by the Italian world number 29, who was the tournament winner in Montreal last year.

Raducanu lost in the Citi Open quarter-finals to Liudmila Samsonova in Washington last week and preparations for her US Open title defence later this month were dealt another blow in the city of her birth.

“It was a great match. It’s always beautiful to come back here to Canada. I love to play here,” said Giorgi after her triumph.

The British teenager squandered chances to seize the initiative in either set and let slip a 2-0 lead in the second before bowing out in one hour and 49 minutes.

Both players lost serve three times in a hard-fought opening set before Raducanu dug deep to fend off set point in the 12th game to force a tie-break.

But the 19-year-old Briton lost her way and failed to win a single point as Giorgi forced four mini-breaks to seize control and take the first set after an hour and 11 minutes.

Serena Williams retirement: Tennis might never see such a remarkable icon ever again

Raducanu, who had failed to convert game point for a 5-3 lead in the opening set, broke Giorgi’s first service game in the second to lead 2-0.

But Giorgi broke straight back and reeled off the next five games to set up a second-round clash with Belgium’s Elise Mertens.

The Italian starlet far out-paced Raducanu in both, as the British No 1 totalled just three winners while also producing nine unforced errors.

Raducanu hit all three of her winners in the first set and appeared to flag as the match wore on.

Despite her home nation’s affinity for clay, Giorgi has proven something of a hard-court specialist.

Eight of her 16 career wins against the world’s best have now come on a hard court, as have two of her three career WTA Tour singles titles.

Giorgi has now won seven of her last nine matches against Top Ten opposition after having lost the previous seven.

An inter-generational clash saw 18-year-old Gauff, post her second win in as many meetings over 32-year-old Brengle.

The French Open finalist has now won six of her last seven matches against fellow Americans, and leads her compatriots 15-6 at tour level.