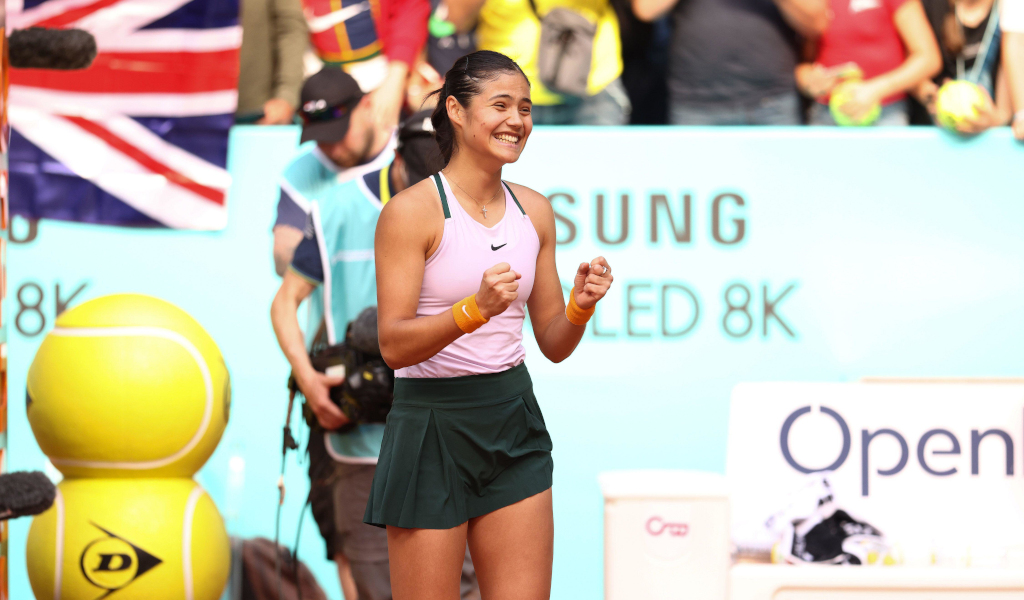 Emma Raducanu will be hoping to continue the good vibes when she takes on Anhelina Kalinina in the third round of the Madrid Open with the teenager admitting she is starting to enjoy the journey.

Following the highs of 2021 that saw her become the first qualifier to win a Grand Slam after she lifted the US Open, Raducanu struggled to put together a decent run of form as she lost early in her first five tournaments of 2022, including the Australian Open.

However, things are starting to click for the British No 1 on clay as she won two matches in Stuttgart last week and followed it up with back-to-back wins in Madrid.

Her latest victory was a convincing 6-2, 6-1 defeat of Marta Kostyuk and after the match she told Amazon Prime Video: “I’m just vibing out here to be honest. I love it.

“The big part of it is just the enjoyment factor and I think in the recent months and weeks I’ve found enjoyment in the process and the journey of getting knocked down and getting back up because that’s happened plenty of times in the last six months.

“I feel like now I’m just really cherishing everything – the highs and lows – as part of it.”

What has made Raducanu’s success on clay even more remarkable is the fact that she is playing on the surface at the highest level for the first time, having only made her bow at the Billie Jean King Cup in April.

Her record now stands at 5-2, but getting some momentum by winning back-to-back matches has been key for the 19-year-old.

“It is just coming back from getting knocked down again and again and again. And then finally, you feel like you’re yourself again. Is it the best I have played since September? Yeah I feel like I’ve been practising really well in the last few weeks and definitely brought a lot of confidence from that,” she said.

“I just thought to myself, just looking at my level on the practice court like: ‘Why don’t you just replicate it on the match court and swing as freely and go for your shots as much’ and I definitely feel like I’m in a really good space with my tennis.

“I think this is the most amount of matches I have played in a short space of time and I feel it definitely helps because at the end of last year, it was tough.

“If you lose early, you don’t feel like you’re building any sort of momentum, but I feel like definitely I’ve played a lot of matches so I’m feeling better and making better decisions in matches because I think that’s a big thing when you don’t play for a long time. When you have a lot of matches back to back, certain choices become automatic.”