Emma Raducanu vs Anna-Lena Friedsam: What time is the match and how to watch it 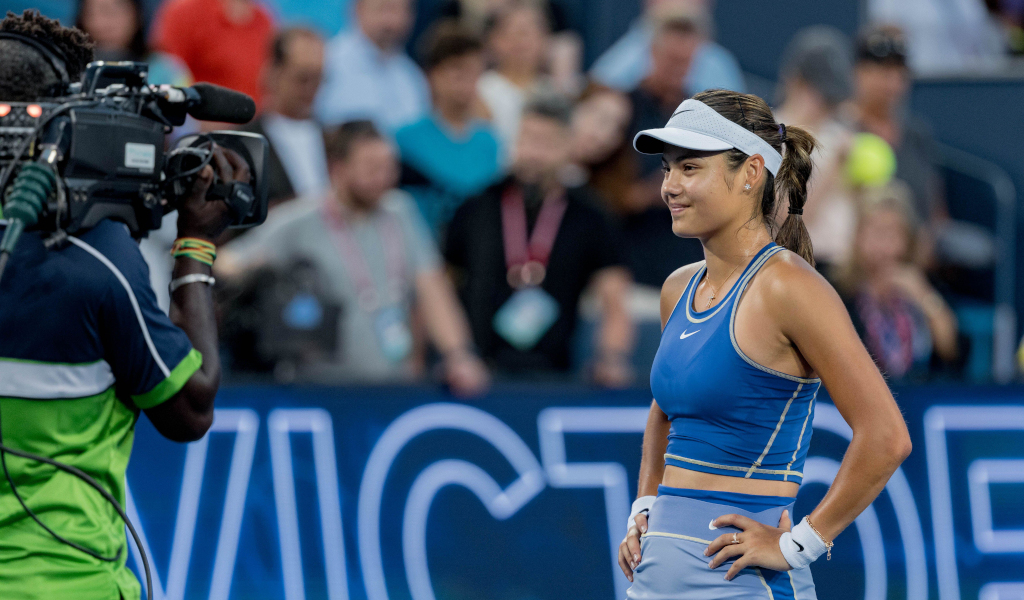 Emma Raducanu has already climbed a few places in the WTA Rankings after winning her opening match at the Slovenia Open and she will look to continue her revival when she takes on Anna-Lena Friedsam in the second round on Thursday.

Following her disappointing US Open title defence that saw her exit the hard-court Grand Slam in the first round resulting in a 72-place drop in the rankings to No 83, Raducanu returned to WTA action on Monday as the top seed in the 250 event.

It was a solid start in the European city of Portoroz as she advanced when Dayana Yastremska retired when the British No 1 was leading 6-2, 5-3 and up next is German qualifier Friedsam, who defeated wildcard Elizabeth Mandlik 0-6, 6-4, 6-1.

“Obviously no one wants to win due to a retirement,” Raducanu said after her win. “Dayana is an extremely ferocious competitor. So I knew it was going to be a tough match going in. I’m really happy with the way that I stayed in the points and was fighting the whole way through.

“So I’m happy to be into the next round.”

It will be a Raducanu and Friedsam’s first-ever meeting at top level, but the German did win their semi-final clash at the ITF organised WTA25 Roehampton tournament in 2019.

Friedsam is currently ranked at No 213 with a career-high of No 45, which she achieved back in 2016.

What time is Emma Raducanu vs Anna-Lena Friedsam?

The match is scheduled to start at 14:00 BST in Portoroz.

The winner of the Raducanu-Friedsam clash will face either Diana Parry or ninth seed Anastasia Potapova in the quarter-final.

British No 3 Jodie Burrage will be in action earlier in the day as the world No 151 will be up against Katerina Siniakova from the Czech Republic at 11:30 BST.

Burrage is already set to reach a new career-high of No 137 after winning her opening match against Aleksandra Krunic 6-4, 6-4.

Those matches are all top half of the draw and the bottom half is lead by second seed Beatriz Haddad Maia and third seed Elena Rybakina.

Brazilian Haddad Maia and Wimbledon champion Rybakina have already qualified for the quarter-finals with their next matches scheduled for Friday.

How to watch the Emma Raducanu vs Anna-Lena Friedsam

Amazon Prime has the exclusive rights to broadcast WTA events in the UK and Ireland and you can tune into your smart TV/smart phone/laptop. New members can sign up for just £7.99 a month, and are eligible for a free 30-day trial.

You can tune into your smart TV/smart phone/laptop on Amazon Prime and new members can sign up for just £7.99 a month, and are eligible for a free 30-day trial.

You can also follow it with Tennis365’s live scores and results centre.