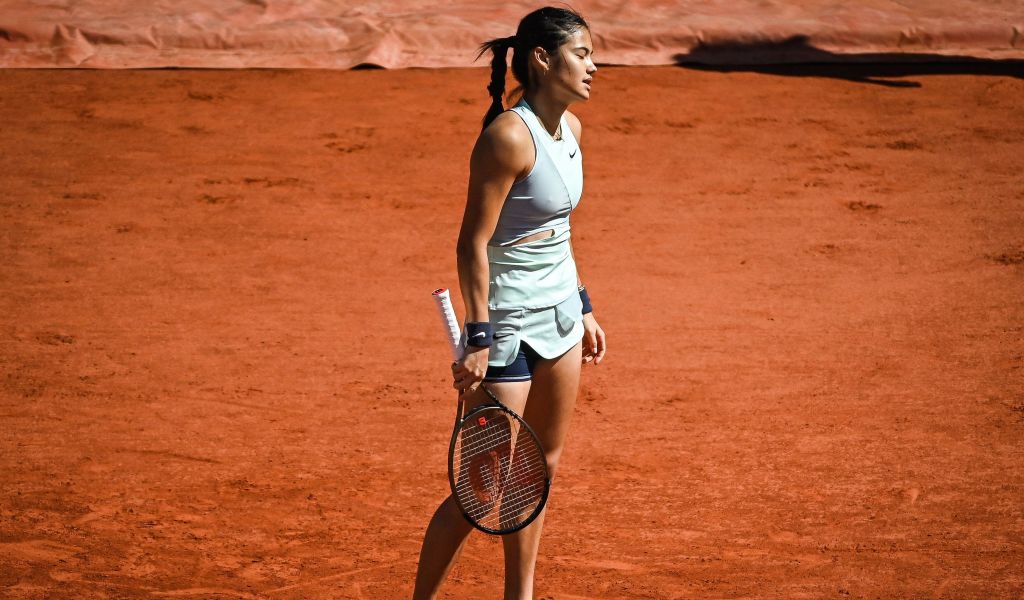 Once again, there were flashes of brilliance from Emma Raducanu and once again she came up short.

This has been the story for the US Open champion in recent months and it continued with a 3-6, 6-1, 6-1 defeat against Aliaksandra Sasnovich. in the second round at Roland Garros.

The learning curve Raducanu has been on since her remarkable breakthrough win in New York last year has been challenging, with the 19-year-old losing 10 of her 18 matches in 2022 so far.

Yet this defeat is likely to sting more than most, with the bumper harvest of ranking points up for grabs at the French Open now out of the equation for Raducanu as she heads into the period of the year where her current ranking of No 12 looks certain to take a hit.

She will not get the chance to defend the points she has on her record from a fine run to the fourth round of Wimbledon 2021 after the WTA decided to strip the third major event of the year of its points as a punishment for their decision to ban Russian and Belarusian players from competing.

Raducanu is also in line to lose more than 2000 points from her ranking unless she successfully defends her US Open crown in September.

On current form, that prospect seems highly improbable and it means Raducanu could slip out of the top 100 in the WTA rankings before the end of the year unless she starts to find some winning consistency.

Despite her latest setback, Raducanu attempted to identify the positives as she went out in the second round of a major tournament for the second time in 2022.

“I thought that it was a pretty long match, pretty physical, as well,” Raducanu said at a news conference on Wednesday.

“I think my opponent, she played pretty well throughout, and didn’t make any errors. But, yeah, I think that it was a long match for me, but, I mean, the whole clay season has been pretty positive overall, I would say.

“I think I definitely got stronger as the clay season went on. It just takes a lot more to win the point on this surface, and, you know, you hit a ball flat and it doesn’t really do that much.

“I definitely learnt like when to use the shape and stuff. Yeah, like I still got quite a long way to go on this surface, but overall, I would say I definitely had a good first experience on the clay. I think that I can definitely improve a lot more than what I am at right now.”

Raducanu also looked to a future that will see her return to Wimbledon next month, a year after her big breakthrough in the game as she reached the last-16 at the All England Club.

“It’s going to be a lot more familiar this time around. I feel like in the last 12 months I have definitely grown a lot. On and off the court I feel like I have probably improved like how much I fight.

“I think that’s one of my biggest strengths and even more so on the tour this year, and it’s definitely opened my eyes to just how good everyone is and how much depth there is in the game.

“I think that it has been a pretty positive year just because I have learnt so much, and I think that the amount of learning that I have kind of done outweighs any sort of result, to be honest.”