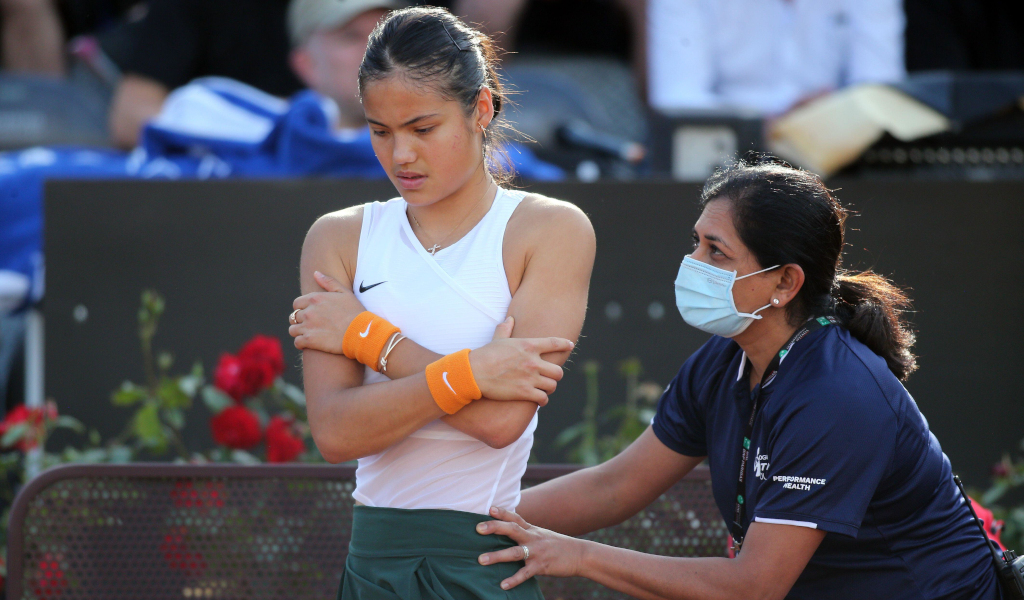 Emma Raducanu’s start to the grass-court season lasted only seven games as she retired through injury from her opening match at the Nottingham Rothesay Open on Tuesday.

The US Open champion required a medical timeout after the first change of ends during her clash with Switzerland’s Viktorija Golubic after suffering a problem to her left side.

She took painkillers and continued to play for a few more games, but threw in the towel while trailing 4-3 in the first set – the third time she has had to do so since winning the US Open in September.

🇨🇭 Viktorija Golubic moves into the Nottingham last 16 after Raducanu is forced to retire through injury.

Raducanu, who lost in the second round of the French Open a fortnight ago, has struggled with injury since her Flushing Meadows success as he has battled blisters at the start of the year and a back problem in recent weeks.

She also retired from her opening match at the Italian Open in May after she was unable to move due to a back issue and admitted at the time that she would only return to action if she is 100%.

The 19-year-old is scheduled to return to action next week at the Birmingham Classic.

Golubic will face Heather Watson in the round of 16 after the British No 2 defeated American Katie Volynets 6-4, 6-2 on Monday.