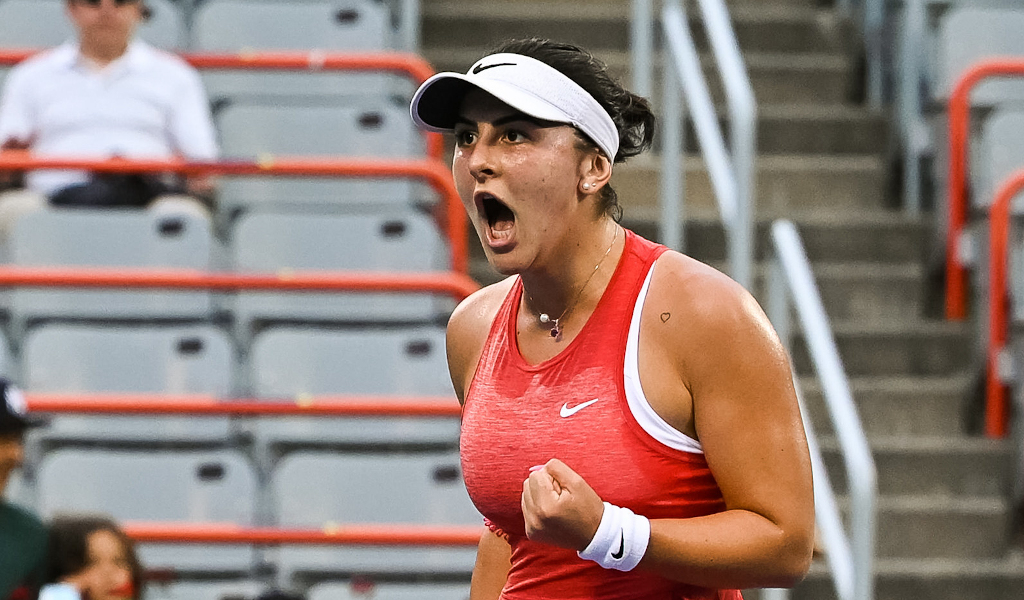 Two years after winning Canada’s biggest women’s tennis tournament, Bianca Andreescu made an emotional home coming as she won her opening match at the Omnium Banque Nationale in Montreal.

Back in 2019 with the event played in Toronto, the teenage Andreescu became the first Canadian in 50 years to win the tournament and a few weeks later she went on to win the US Open.

After the coronavirus pandemic forced organisers to cancel the event in 2020, the 21-year-old is back to defend her title this year and she was tested by qualifier Harriet Dart in her opener on Tuesday.

This is Bianca’s House!

The second seed broke three times in the opening set with Dart only getting on the scoreboard courtesy a break of her own.

However, the Brit got the solitary break of serve in the second set in game four to take it to a decider before stunning Andreescu with an early break. The Canadian, though, drew level in game four and then claimed the crucial break in game eight.

“I had all the feels. It was super emotional at the end. I got goosebumps walking on the court,” Andreescu said after the win.

“Having the crowd cheer so long, it’s just a crazy feeling. I’m so happy the tournament was able to be played.

“There’s always going to be pressure, but I really use it to my advantage, especially here at home. Having that crowd support really helps me. Win or lose, I know they’re always going to have my back, so that definitely relieves a lot of pressure.”

However, fifth seed Garbine Muguruza crashed out as the two-time Grand Slam was beaten 2-6, 6-0, 6-3 by Katerina Siniakova.