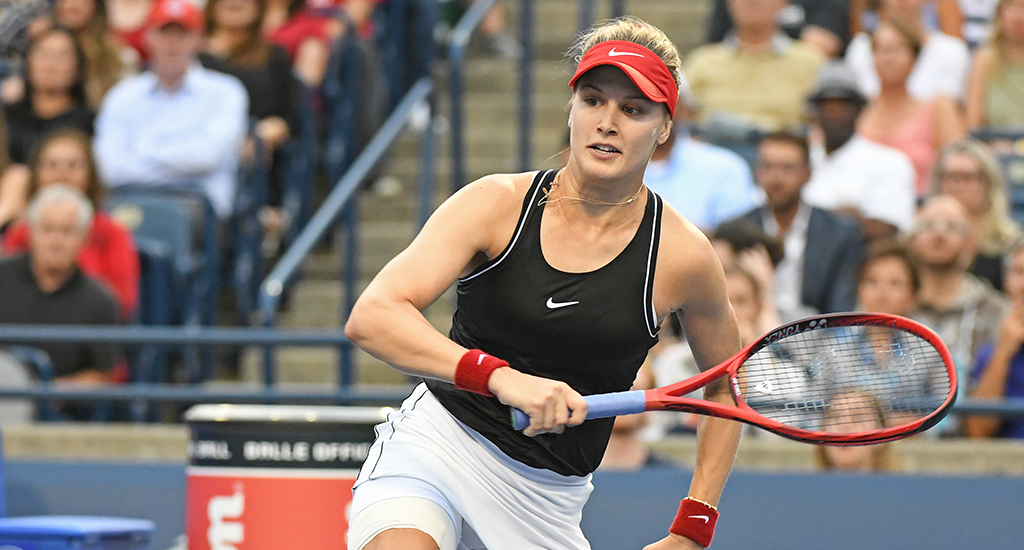 Former Wimbledon finalist Eugenie Bouchard was able to rekindle some of the old magic as she chalked up her best win in over a year at the ASB Classic.

Bouchard lost 13 straight matches between February and November last year, seeing her ranking drop to 262, but she has begun the new season strongly after being given a wild card in Auckland.

After beating Kirsten Flipkens in round one, Bouchard saw off eighth seed Caroline Garcia 6-4 6-4 to reach the quarter-finals.

There she will face third seed Amanda Anisimova, who defeated Daria Kasatkina 6-2 6-4.

The 18-year-old American had a breakthrough 2019, reaching the fourth round of the Australian Open and the semi-finals of the French Open, but missed the US Open following the sudden death of her father and coach, Konstantin.

Last year’s Australian Open semi-finalist Danielle Collins continued her brilliant form at the Brisbane International, following up an upset of Elina Svitolina in round one by thumping Yulia Putintseva 6-1 6-0.

At the Shenzhen Open, sixth seed Garbine Muguruza, who needs a good run to be seeded in Melbourne, was a 6-1 7-6 (2) winner over Shelby Rogers.