Five matches, four three setters and one trophy for Sofia Kenin as she battles her way to Lyon Open title 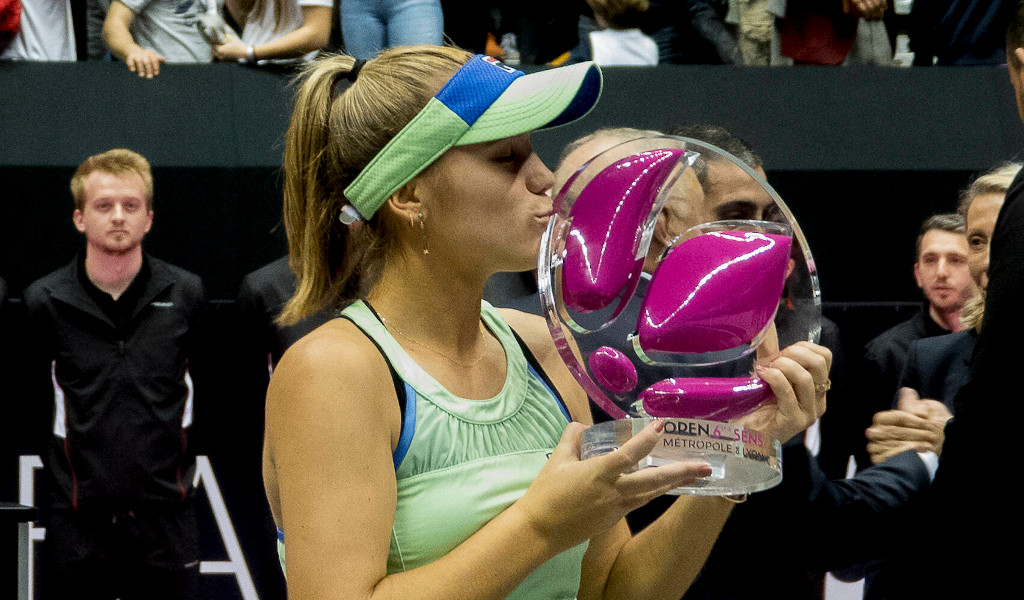 It was far from easy, but Sofia Kenin returned to title-winning ways at the Lyon Open as she edged Anna-Lena Friedsam in the final.

The Australian Open champion arrived in the French city on the back of first-round exits in Dubai and Doha and she was the first to admit that she was not at her best in Lyon all week.

However, all that matters is that she got five matches under her belt and ended up with the trophy as she beat Friedsam 6-2, 4-6, 6-4.

The #Open6emeSensML 🏆 belongs to @SofiaKenin!

Kenin arrived in the final having won three of her four matches in three sets and she was also forced to go the distance by her German opponent.

The American was comfortable in the opening set as she broke twice, but after trading breaks in the first two games of the second set, it was Friedsam who got a decisive break in game 10.

Kenin dominated the third set early on as she raced into a 4-1 lead with two breaks and, although Friedsam got one break back, the top seed eased to victory.

“I’m going home with a win, which is very good,” Kenin said after winning her second WTA Tour title. “I’m very happy to have won after a good week. It hasn’t been easy. All the matches were very hard-fought.”

She added: “I had two tough losses but I knew I needed to regroup, and I’m so happy that I won it.

“Every match was a close one and I had to really fight through – every player I played put up a tough fight against me, and I was able to play my game which was good.

“I’m happy that I came here – it was a good decision from my side… I wanted to get enough match play going into Indian Wells and Miami.”