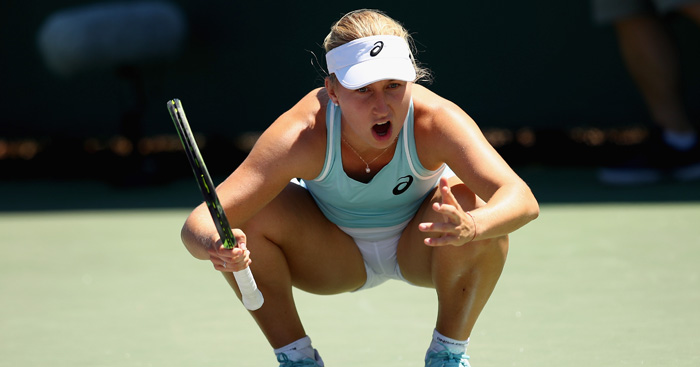 Fourth seed Daria Gavrilova is out of the Prague Open at the first-round stage after retiring in the third set against Sam Stosur.

The world number 24 lost the first set 6-3 and claimed the second 6-4, but was forced to withdraw after suffering a foot injury whilstchasing a drop shot.

Eighth seed Katerina Siniakova, however, did reach the next stage, beating Andrea Petkovic 6-2 7-6 (7/4)

Watson hasn’t tasted a win since – with her run of successive defeats not stretching to eight matches.

China’s Qiang Wang and Ekaterina Alexandrova are also through.