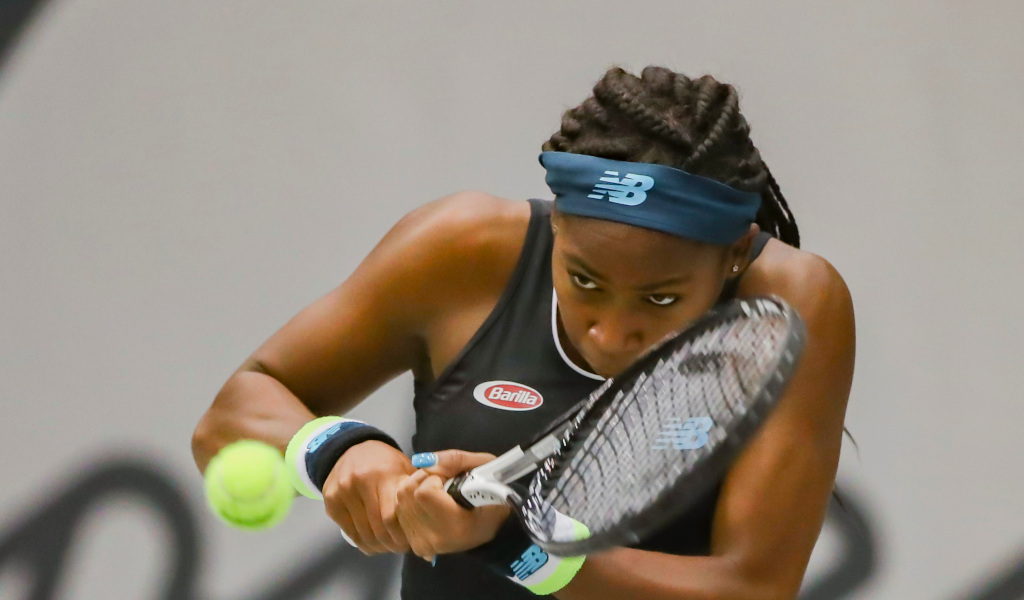 It was another day of milestones for Coco Gauff at the Linz Open as she reached her maiden quarter-final and will as a result move into the world top 100 for the first time.

At the age of 15 years and 214 days, Gauff is also the youngest player to reach the last 16 of a WTA Tour event since Sesil Karatancheva achieved the milestone at 15 years and 153 days at the Gold Coast in January 2005.

The American advanced after Kateryna Kozlova from the Ukraine retired while the teenager was leading 4-6, 6-4, 2-0.

At @WTALinz, @CocoGauff moves into the quarterfinals after Kozlova retired due to injury while trailing 4-6, 6-4, 2-0. pic.twitter.com/fJRnb2jYxn

“I just want to continue to use these matches to improve. My dad told me he saw improvements even since the US Open,” Gauff told WTATennis.com.

“Right now, it’s all about matches for me, and getting as more matches under my belt, as much as possible. I feel fresh and eager to do well.”

She added: “It’s a good accomplishment, and hopefully I can continue to push that to the semi-finals.

“I guess that I’m used to being the youngest to do a lot of things, and I hope that I can continue to do that and enjoy my youth years, because as everyone tells me, it doesn’t last long.”

The 15-year-old will face either top seed Kiki Bertens or Alison Van Uytvanck for a place in the last four.

Andrea Petkovic, meanwhile, won the battle of the Germans as she upset fifth seed Julia Goerges 7-6 (7-2), 6-0.