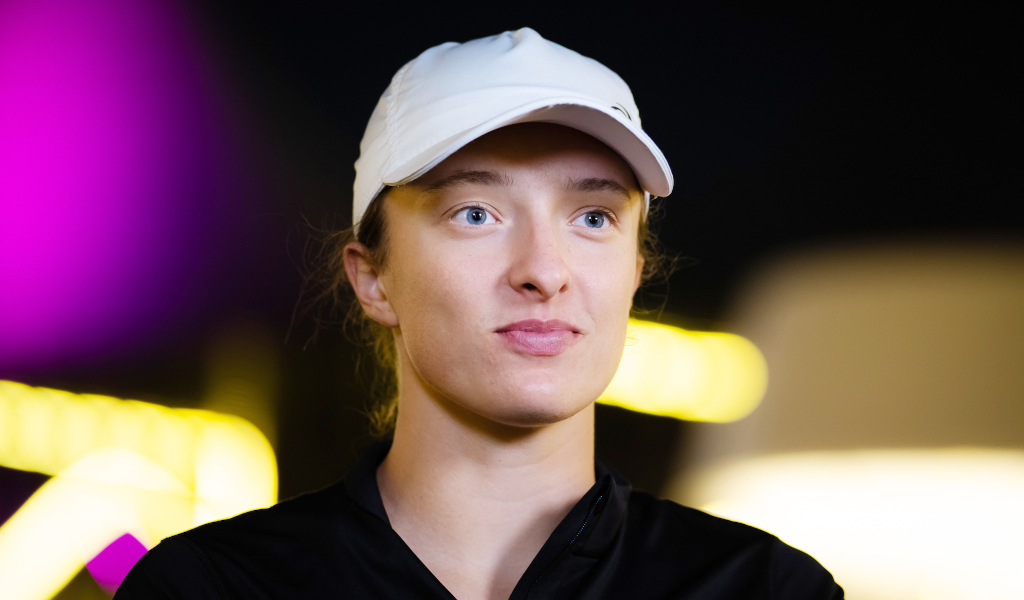 Playing a three-hour final followed by a long flight from Europe to the United States would have been too much for many players, but Iga Swiatek insists she never considered pulling out of this week’s San Diego Open.

In what many dubbed the match of the year on the WTA Tour, Swiatek and Barbora Krejcikova slugged it out for three hours and 16 minutes in the Ostrava Open final on Sunday before the Czech won in three sets.

Swiatek was also involved in a three-set tussle the previous day with Ekaterina Alexandrova, winning after two hours and 37 minutes.

The world No 1 would have been forgiven if she opted to pull out of the WTA 500 event in the United States after her exploits in Europe, but the Pole insists she is feeling “fresh” as she took some time off following her title-run at the US Open in September.

“Even though I played two really long matches there I feel pretty fine physically,” Swiatek said. “The thing is that right now I feel more fresh because I had more time off after the US Open. So going into Ostrava I knew I could give everything and go all in.”

One of the main reasons why the three-time Grand Slam winner decided to play in San Diego was to get more match practice ahead of the WTA Finals in Texas.

The season-ending tournament will run from October 31 to November 7 in Fort Worth.

“It makes sense because I just have to have more matches before the WTA Finals,” Swiatek, who will face Zheng Qinwen on Thursday, said. “It would be pretty bad if I would have three weeks without matches because I would be a little bit not in the rhythm.

“So it makes sense to be here for sure. I really wanted to play because of the city and I heard so many positive things about the tournament that I wanted to come.”

It has already been a season to remember for the 21-year-old as she has won seven titles – including the Frehch Open and US Open – and has 60 match wins to her name – the most on the WTA Tour since 2017.

“Honestly, I feel great and that’s weird because I thought after so many matches I was going to feel a lack of motivation, or I thought that if you’re winning too much you’re not going to have another goal to reach,” she said.

“But honestly, it’s the opposite. I’m even more fresh because winning keeps me really positive. I don’t waste my energy and time coming back to this positive mindset. I feel like I can be in the rhythm and do my job on court and play. I feel really good.”

The WTA Finals will be Swiatek’s final official event of the 2023 season after she pulled out of the Billie Jean King Cup Finals due to a scheduling conflict.

The Billie Jean King Cup Finals runs from November 8 to 13 in Glasgow and Swiatek would have had to make a mad dash back to Europe if she reaches the San Diego final.