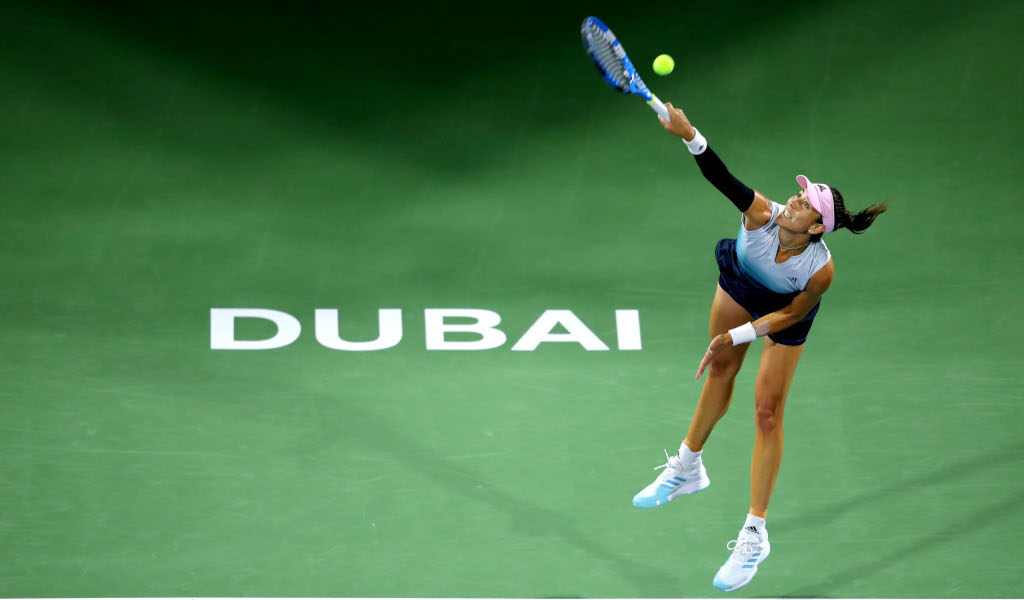 Garbine Muguruza flirted with an early exit at the Dubai Duty Free Tennis Championships before securing the win over Dayana Yastremska.

Two-time Grand Slam winner Muguruza managed to hold only one service game in the opening set, but she eventually got her act together to win 4-6, 6-3, 6-3 in just over two hours.

On her seventh match point, @GarbiMuguruza cracks the code to earn her first career win over Dayana Yastremska 4-6, 6-3, 6-3 in the first round at @DDFTennis. pic.twitter.com/iGomnxIJTy

Ukrainian teenager Yastremska won her previous two matches against the Spaniard and looked to be on course for a third victory after the opening set, but Muguruza reeled off three breaks in the second set and two in the decider to wrap up the win.

The seventh seed will face Saisai Zheng next after the Chinese player beat Ajla Tomljanovic from Australia 6-2, 6-4, 7-5.

Tenth seed Anastasija Sevastova was the biggest seed to fall as the Latvia suffered a 6-2, 6-4 defeat at the hands of Su-Wei Hsieh.