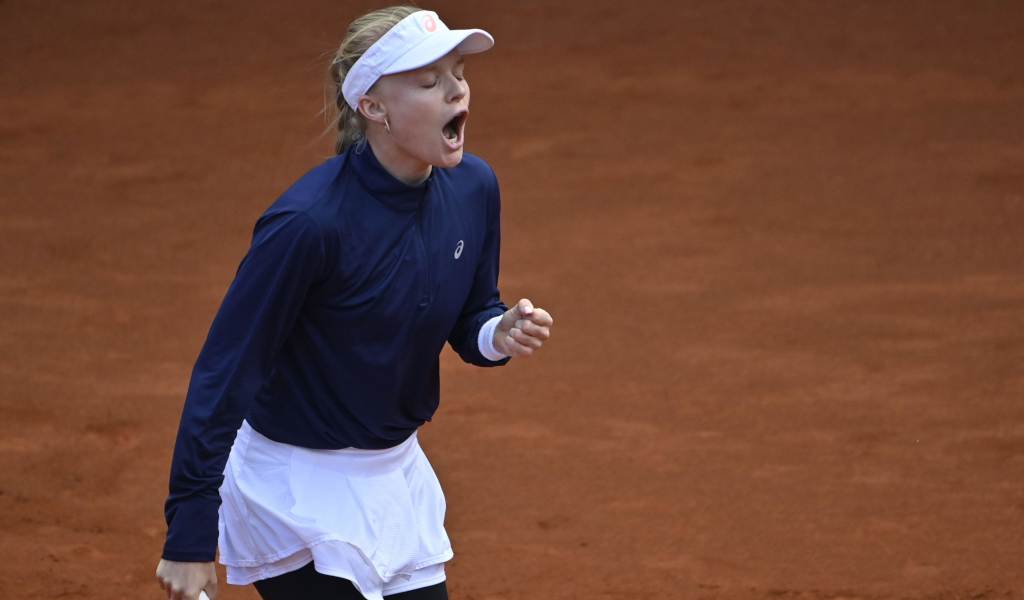 Harriet Dart revealed extricating herself from a toxic relationship has helped her flourish on the court this season.

The 25-year-old broke into the top 100 for the first time earlier this year and has been in impressive form on the grass, reaching the quarter-finals in Nottingham last week and following that up with her first main draw victory in six attempts at the Rothesay Classic Birmingham on Monday.

Dart’s strong results have helped her believe she belongs at the top level, but changes in her life away from the court have been just as important.

“I went through a really bad personal time that was not a fun time in my life last year and I really had to work on a lot of things,” she said.

“I’m a lot happier now, I have a nice boyfriend now, which is nice. I went through a bad relationship, it was very toxic, and I do believe, if you’re happier off the court, you’re happier on the court. It’s like any job, if you bring things from home into the workplace, it’s very challenging.

“I definitely feel like I belong a lot more. In previous years I’ve had some good results, but I’ve lost some pretty close matches.

“To be able to come through a close match last week against a good player like Camila Giorgi, especially when she’s had some good results on grass. It’s not just about doing well here, it’s about doing well the whole year. I feel like I’ve made steps in that way.”

Dart’s reward is a clash with former Wimbledon champion Simona Halep in round two.

The Romanian second seed was also a comfortable winner, seeing off Lesia Tsurenko of Ukraine 6-1 6-4.

Dart and Halep have met once before, at the Australian Open two years ago, when the British player performed admirably in a 6-2 6-4 defeat.

“It’s another challenge,” said Dart. “I’ve played her in Australia, Rod Laver Arena, so it’s quite different playing her on a different surface. Hopefully the crowd will be in my favour. It’s exciting to see where my game’s at. She’s a multiple grand slam champion.”

Halep was playing her first grass-court match since lifting the Wimbledon trophy in 2019, having been sidelined last year by injury.

She is expecting a tricky afternoon against Dart, saying: “I saw her playing lately. She’s doing great so it’s going to be difficult.

“On grass it’s different, everything is different and she’s used to it, she’s from here, so it’s going to be a big challenge, but I’m here just to play as good as possible and to do my best. It’s everything I ask for.”

The downgrading of the event to the smallest category of the WTA Tour coupled with the absence through injury of Emma Raducanu has given the tournament, which is celebrating its 40th anniversary, a more low-key feel than normal.