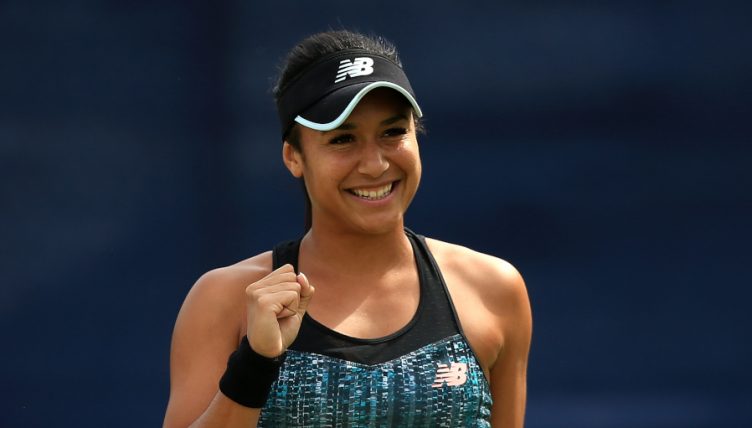 Heather Watson held off Leylah Fernandez to reach the quarter-finals of the Coupe Banque Nationale.

The British No 2, whose only WTA Tour last-eight appearance this year came at the Hobart International, secured a 6-4, 7-5 win over the Canadian wildcard.

However, it was a mixed day for the Brits as Naomi Broady suffered a 6-1, 6-1 defeat against second seed Petra Martic during their opening clash.

“I think it was a great match, especially for the first round,” Martic said. “I only got one practice prior to the tournament on this surface, so I wasn’t sure how it was going to look. But I’m really happy with my performance.”

Third seed Monica Puig is also into the quarters as her opponent Madison Brengle retired in the second set.

Brengle dominated early on as she opened a 5-1 lead, but Puig stormed back to take the set 7-5 and was leading 3-0 in the second when the American retired.

Next up for the Puerto Rican is either fifth seed Sofia Kenin, who beat Mona Barthel 6-3, 6-4 in first-round action, or Canadian Francoise Abanda.

Eight seed Pauline Parmentier came through a tough three-setter against Christina McHale to reach the quarter-final, winning 6-2, 4-6, 7-5 to set up a clash against Varvara Lepchenko.