How to watch Masters finals in Toronto and Montreal 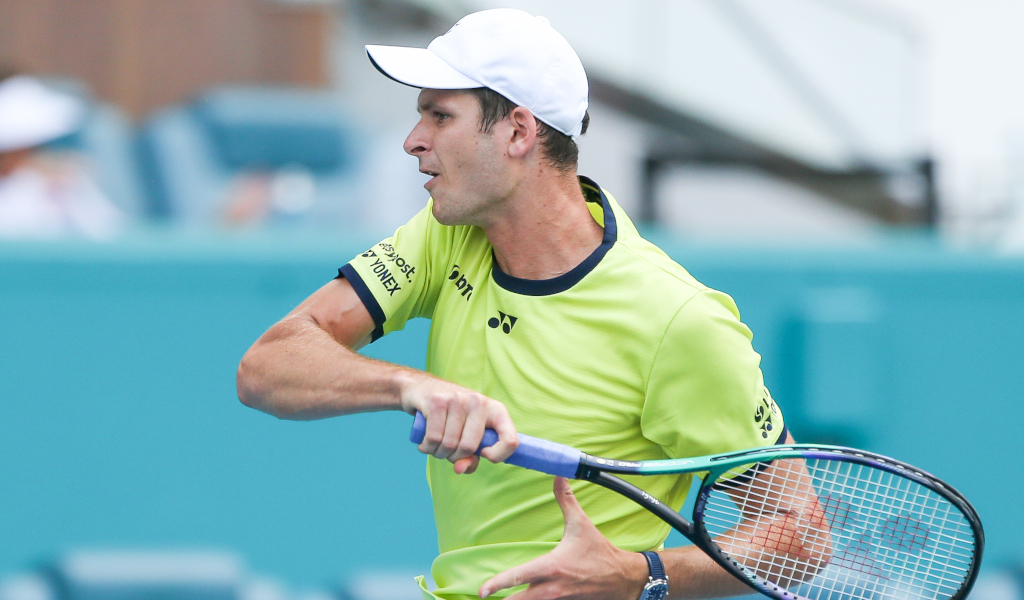 The ATP and WTA Tours are in Canada for Masters series engagements which come to a head on Sunday 14 August 2022.

In the ATP 1000 National Bank Open final, Hubert Hurkacz of Poland is set to take on Pablo Carreno Busta of Spain in Montreal.

The sister event’s championship match in Toronto is up first with Simona Halep and Beatriz Haddad Maia meeting from 18:30 BST.

Toronto’s doubles final will see the team of Coco Gauff and Jessica Pegula take on Nicole Melichar-Martinez and Ellen Perez.

Haddad Maia has been delighted to have the backing of a vocal group of Brazilian supporters throughout the tournament.

“So we have Brazilians everywhere.

“So I always feel the energy.

“Someone is always screaming, “Vamos Beatriz.”

“And today I saw a lot of like Brazilian flags.

“And I feel very proud of us.

“Because, especially being a woman, being from South America where we don’t have a lot of players on the top playing Grand Slams and showing on the television to my country the tennis.

“So I’m very happy, proud and very thankful that they are coming to watch me.”

In Montreal, Hurkacz had to see off Casper Ruud in a three-setter to reach his sixth ATP Tour final.

Hurkacz is a perfect five-for-five in finals coming into Sunday’s championship match.

Hurkacz and Carreno Busta will be out on court for a scheduled 21:00 start to the championship match in Montreal.

Great Britain is guaranteed some success in Montreal with Dan Evans and Neal Skupski in opposing pairings in the doubles final.

Evans is paired with John Peers of Australia while Skupski is aligned with Wesley Koolhof of the Netherlands.

How to watch the Toronto and Montreal Masters

The National Bank Open (Toronto and Montreal Masters) will be broadcast live in the United Kingdom through the Amazon Prime over-the-top streaming service.