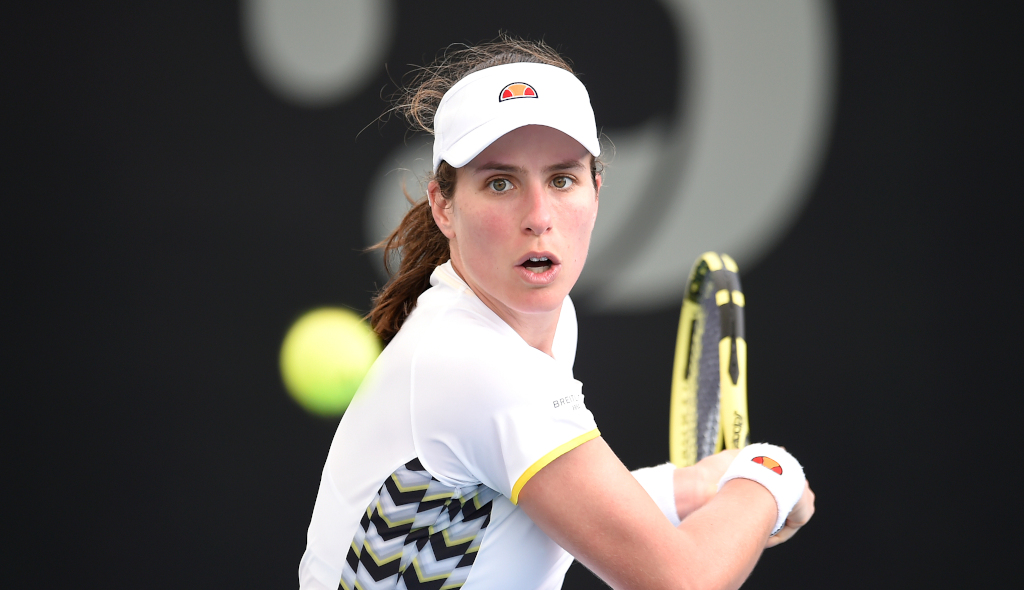 Johanna Konta got off the mark in 2020 by beating Kim Clijsters in the Monterrey Open and then declared “it’s nice to have” the former world No 1 back on the WTA Tour.

Having lost her opening matches in her first three tournaments of the year, it was a case of fourth time lucky for Konta as she secured a solid 6-3, 7-5 win over Clijsters, who was playing in only her second match since making a comeback.

The British No 1 broke in games seven and nine of the first set and then claimed a solitary break in game 12 of the second set.

“As a young player, I never thought I’d get to play Kim Clijsters in my career,” the second-seeded Konta said after the win. “I feel truly privileged and honoured to share the court with such a champion. It’s nice to have her back.”

She added: “It was very tough. She’s an incredible ball-striker. Her ability to do things with the ball is what made her a multiple Grand Slam champion. It’s why she was able to come back and play, in her second match back after seven years, at a level like this. That’s not exactly an every day thing, that’s for sure. I feel so honored to have played her, and really happy with my performance.”

There will be no all-British affair in the second round as Heather Watson, who won the Acapulco title a few days ago, was beaten by Tatjana Maria with the German winning 7-6 (7-4), 3-6, 7-5.

Top seed Elina Svitolina advanced as the Ukrainian eased past Danka Kovinic with a 6-3, 6-2 win.

“For me, the goal is to win the tournament,” Svitolina said. “I’ll try to do my best, try to recover and be ready for every single match.”

She continued: “You have to be ready. There’s no easy matches.”

Next up is qualifier Olga Govortsova, who beat American lucky loser Caroline Dolehide 3-6, 6-2, 6-1.