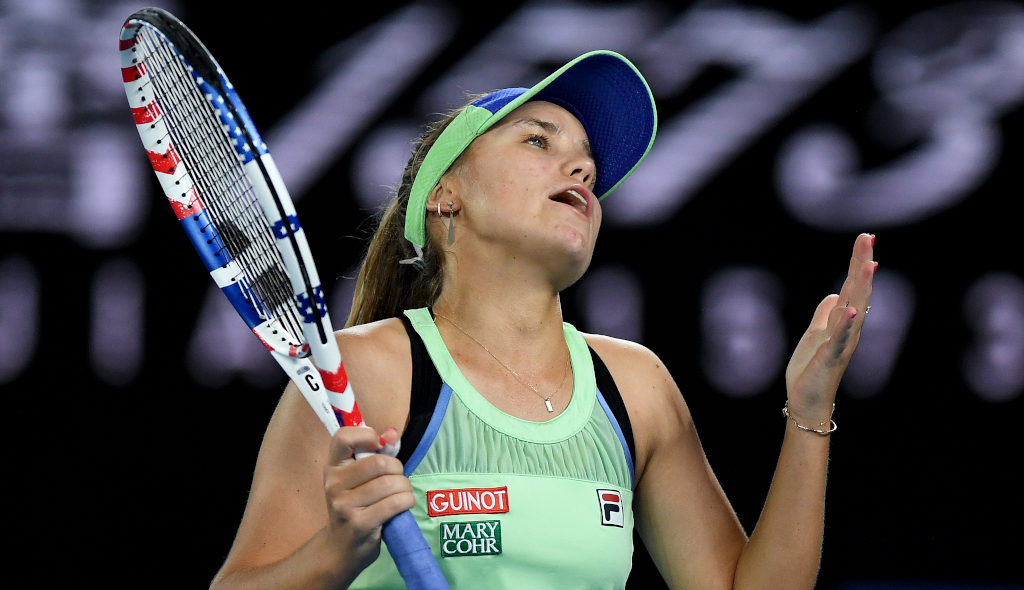 “Frustrating”, “too many unforced errors” and “pretty flat footed” were just some of the ways Australian Open Sofia Kenin described her display against Dayana Yastremska at the Qatar Open.

The American is 0-2 since winning her maiden Grand Slam at Melbourne Park earlier in February after she followed up a first-round exit in Dubai with another opening loss in Doha.

Following a bye in the first round, Kenin suffered a 6-3, 7-6 (7-4) defeat at the hands of teenager Yastremska.

The Ukrainian broke once in the opening set, but Kenin had the early advantage in the second set as she was 3-0 up, but the 19-year-old then edged ahead with two breaks before the Aussie Open champion took it to the tie-breaker with another break.

And it was Yastremska who came out trumps.

“It’s really frustrating,” Kenin told WTAtennis.com. “Obviously coming off of Melbourne where I felt I was playing the best tennis of my life, coming down to playing, not the worst tennis, but not playing the tennis I want to be playing.”

The 21-year-old doffed her hat to her opponent.

“She played really well,” she said of Yastremska. “I just feel like I can’t find my game, I’m not playing the way I want to be playing, so it’s pretty frustrating right now.

“Creds to her, she played well, came up with some good shots at those important moments. She just played better at important moments and I just made too many unforced errors, I just felt pretty flat footed the whole match.”

It means there will be no rematch of the Australian Open final as Yastremska will face Garbine Muguruza in the third round after the Spaniard beat Alja Tomljanovic from Australia 6-1, 6-2.

The winner of that clash will face top seed Ashleigh Barty, who beat Laura Siegemund 6-3, 6-2 in her opener before receiving a walkover into the quarter-final after Elena Rybakina withdrew due to a stomach injury.