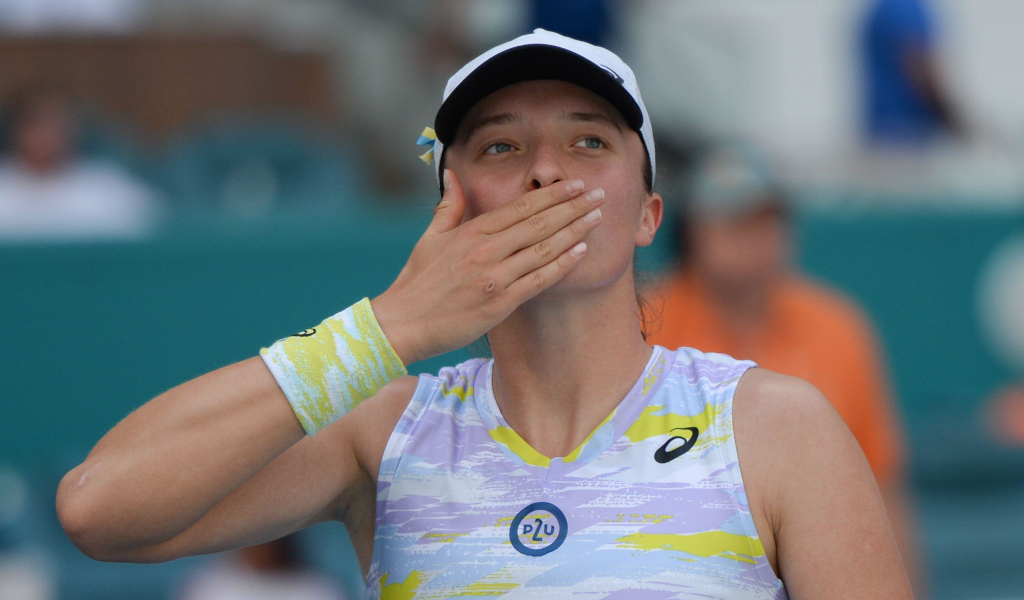 Swiatek traded early breaks with Azarenka and twice had to battle through long service games.

Once Swiatek found her range on serve she was able to ramp up the pressure on Azarenka who was plagued by errors.

“I didn’t start well, and everybody could see that,” Swiatek told reporters. “I’m really happy with the way I reacted and how I improved in the first set. Also how different the second set looked to the first one because I could really reset and really change the way I played. That’s the most positive thing for me.”

Swiatek is now the first woman to put together a 25-match winning streak since Serena Williams rattled off 27 straight in 2015.

A resurgent Bianca Andreescu awaits Swiatek in the quarter-finals in Rome.

In perhaps the crucial moment of the match, Swiatek survived a seven-deuce game, saving three break points, to hold to secure a 4-3 lead in the first set.

Swiatek may have put together a five game winning streak, but Azarenka fought for every point in an engaging scrap.

When Swiatek served for the first set at 5-3, Azarenka dug deep to save four set points and broke the World No 1 to get back on serve.

However, Swiatek kept her cool.

The Pole leveled up her tour-best return game as the first set wore on, and she broke Azarenka on her fifth set point to finally seal the opening set.

Swiatek appeared to have broken Azarenka’s resistance and went on to dominate on return throughout the second set.

She broke Azarenka four more times to close the match and book her spot in a fifth straight quarter-final of 2022.

Despite winning the match in straight sets this was far from a routine outing for Swaitek. She was forced to play 74 points on her serve in that first stanza; Azarenka played just 30.

Swiatek’s resilience ensured she would save eight of 11 break points faced. She was also clinical in converting four of the five break points she earned.