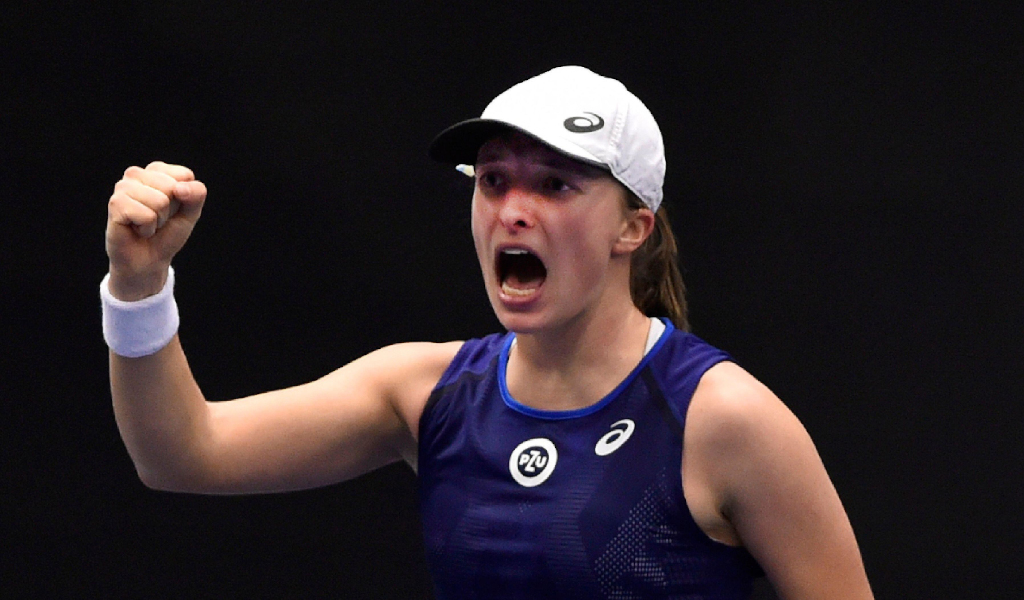 Iga Swiatek and Caroline Garcia opened their Group Tracy Austin accounts with wins on Tuesday as they eased past Daria Kasatkina and Coco Gauff respectively at the WTA Finals in Texas.

World No 1 Swiatek, in search of a ninth trophy during a brilliant 2022 campaign, was quick out of the blocks at Dickies Arena and never looked back as she bulldozed Kasatkina 6-2, 6-3 in one hour and 22 minutes.

The favourite broke in games two and eight of the opening set while a solitary break in game two of the second set earned her the win against the WTA Finals debutant.

“I think I started pretty well and that gave me a lot of confidence,” the world No 1, who won the French Open and US Open this year, told Tennis Channel after the match.

“But on the other hand you have to be really careful and patient against Dasha. I wanted to play in a really solid way but put pressure on my opponent.

“I did that pretty well and I’m happy about it.”

World No 6 Garcia also kicked off her campaign victoriously as she brushed aside Gauff, who is also playing in the season-ending tournament for the first time, claiming a 6-4 6-3 win in one hour and 18 minutes.

While she got off to a flying start in terms of the result, Garcia got off to a poor start as she was broken in the first game of the match, but hit back immediately before claiming a second break in game 10 to go 1-0 up.

The Frenchwoman then broke in game four of the second set, but this time Gauff rallied only for Garcia to edge ahead again in game six.

“It was definitely a good match, pretty solid on my side,” Garcia said. “I think I stayed really positive at every moment.

“[Coco] is always impressive to play against, it’s always a lot of intensity and she can do so many things. … It was very important for me to stay calm, stay on my game and what I wanted to do, and I think I did it good.”

Swiatek and Garcia will square off in the second group matches on Friday while one of Gauff and Kasatkina will get their maiden wins in the tournament as they face each other.