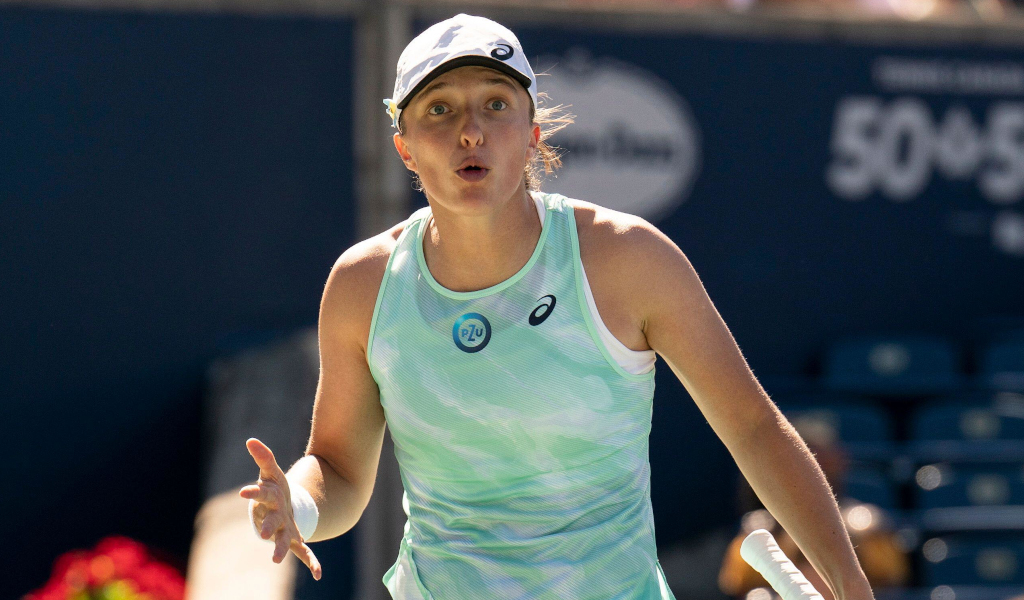 World No 1 Iga Swiatek and fifth seed Ons Jabeur claimed contrasting wins at the Western & Southern Open and both declared that they were happy to move safely into the third round of the WTA 1000 event.

The duo have been the two stand-out performances on the WTA Tour this year, but they both suffered earlier exits from the Canadian Open last week with Swiatek losing in the third round and Jabeur retiring from her second-round clash due to an abdominal injury.

World No.1 🇵🇱 @iga_swiatek moves past Stephens, 6-4, 7-5 to reach the Round of 16 in Cincinnati! 🙌#CincyTennis pic.twitter.com/3aZkFLU4gQ

In a campaign that has already yielded six titles, including the French Open, Swiatek is not too focused on what happened in Toronto and just wants to go on another incredible run.

“I’m trying to really focus on the future and kind of not coming back to expectations and everything that happened on last tournaments on hard court,” the Pole, who will face Madison Keys next, said.

“I’m really proud of my season, but I want to kind of really be fearless again.”

Iga Swiatek hoping to catch Serena Williams’ eye and say ‘hi’, but admits she is ‘too shy’ to introduce herself

Jabeur has struggled since finishing runner-up to Elena Rybakina at Wimbledon as she won only one match at the Silicon Valley Classic before exiting in the second-round in Toronto.

The Tunisian broke twice in the opening set, but world No 179 McNally then returned the favour in set two to take it to a decider. After they traded a couple of breaks in the third set, the American had two match points in game 12, but Jabeur saved both.

The fifth seed then found herself 6-4 up in the tie-breaker and serving for the match, but McNally saved the match point and then had an opportunity of her own to win it at 7-6 only for Jabeur to deny her again.

“Honestly, I’m not playing my best tennis right now,” Jabeur told WTA Insider. “But it’s good to win ugly. I’m glad I did pull it out, fighting a lot and bringing that energy at the end. I needed that. Pretty happy that after 2 hours and a half I can get the win.

“It’s not easy but I just will hope that my level will rise for the next match because playing Petra, I need more than just fighting.”

Next up is Petra Kvitova after the two-time Grand Slam winner defeated Sorana Cirstea 6-2, 6-3.

Meanwhile, third seed Paula Badosa was the big casualty on Wednesday as the Spaniard lost against qualifier Ajla Tomljanovic with the Australian winning 6-7 (3-7), 6-0, 6-2. Tomljanovic faces Veronika Kudermetova next as the Russian advanced after Simona Halep withdrew.